Denver After the Ball 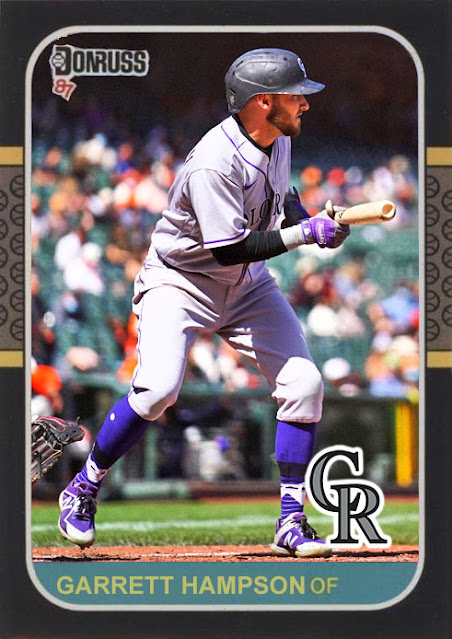 The All-Star Game is over, the circus has left town in Denver. All that remains is two more weeks to see this team intact before the sharp, painful realization of rebuilding even further. So get your Rockies games in while they're hot.

It's no secret that Trevor Story is likely headed elsewhere, but you also have players like Jon Gray, Mychal Givens and C.J. Cron who have no contractual business for 2022. Of that bunch, Givens is the most likely to get dealt, but there definitely could be a market for Gray, and Cron seems to me more like a late-August waiver deal guy.

There's also the variable of Charlie Blackmon, who I have not heard a single thing about this season. I follow the MLB twitter accounts, and all 30 teams, so I do follow the Rockies on twitter, and I don't think they've talked about Blackmon at all. And he's hitting .266 with 41 RBIs and 77 hits, so it's not a complete wash of a season, but he's once again angered the WAR gods and according to sabermetrics has a -4 batting score. I will never understand why Blackmon is such a poor player sabermetrically, cause this is the third or fourth season where he's run into this sort of luck. His contract's up next year [cause I don't think the Rockies are gonna invoke his option], but will anyone go for him? Considering they all follow the sabermetric stuff very closely??

And what are the Rockies gonna be left with? Well, aside from German Marquez, who I don't THINK is going anywhere [I could be wrong], they have this network of former utility outfield/infield guys who have taken over the team. Ryan McMahon, Garrett Hampson, Raimel Tapia, Josh Fuentes, Brendan Rodgers now, Yonathan Daza. Chris Owings and Sam Hilliard also count. When Story goes, and if Cron and Blackmon go, that will be the Colorado Rockies. A bunch of interchangeable utility guys that have only sort of established themselves as starters. McMahon and Tapia are having great seasons, but I don't know if Rockies fans are ready to wear them on their backs yet. The big hero is probably leaving at the end of the month, and it's not certain when the next one will arrive in Denver. Unless it's someone like Brendan Rodgers or something.

It's still very hazy and indistinct for the Rockies. And hopefully it clears up a bit soon, even after the exodus.

Coming Tonight: This is exactly what I was talking about with Blackmon. A guy hitting .243 with 31 RBIs who somehow has an entire win above replacement more than Blackmon. I don't get it. Defense only has so much to do with it. Argh.