DJ, Turn It Up 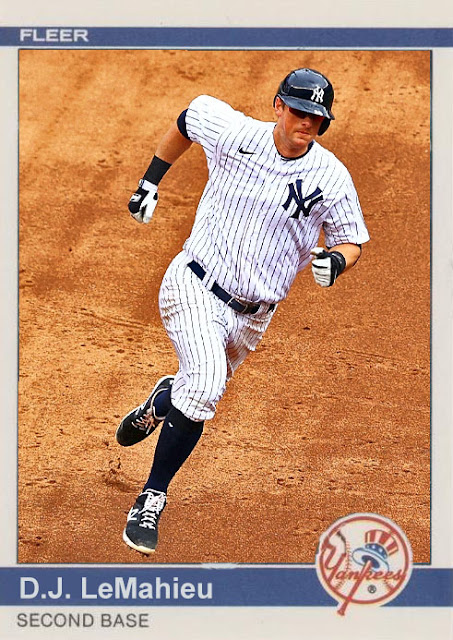 The last month or so has been a pretty miserable time to be a Yankee fan. Lots of blown saves courtesy of Aroldis Chapman, lots of days where the lineup doesn't seem to show up, some games where we really could have used Corey Kluber or Aaron Hicks if they were healthy, and just games where the other guys are just better than us. And that's honestly the reality of this season for the Yanks- the Red Sox and Rays are, in fact, better than us. As are the White Sox and Astros. Any playoff route is going to be difficult because we just don't have the team to match up to any playoff competitor right now. So a lot of this season has involved gradually lowering expectations until we're alright with what we see.

And halfway to acceptance is being okay with your team annihilating the Mariners.

Maybe it's because it's the Mariners, but this series has been illuminating the best parts of this team. Aaron Judge is back to contact hitting, Rougned Odor is finally beginning to work his average upward, Luke Voit is back and in great condition, and Jameson Taillon may have finally figured out how to get through a start without surrendering a ton of runs. Plus, Lucas Luetge is finally coming into his own as a relief piece, Loasiga and Green are still awesome, and Montgomery, German and King are all serviceable starters that haven't been reportedly tacking their balls.

Plus, Tim Locastro has been a surprisingly good replacement in center for Brett Gardner. He's not completely taking off at the plate right now, but he's proving to be a younger, more versatile option vs. a very-37 Gardy. Nestor Cortes is meanwhile becoming the same type of swingman he was a few years ago. This team is gaining the versatility and depth that it should have had all along. The only problem is they still can't win the series' that count. And the Mariners series is honestly distracting us all from that fact.

The All Star break should be a godsend for this team. Only one of the actual best players is going, along with two misbegotten ones. So hopefully the rest of the team comes around and gets us to where we should be.

Coming Tomorrow- It's just after independence day, which means it's time for me to do one of the Will Smiths.