Do You Ever Wander? 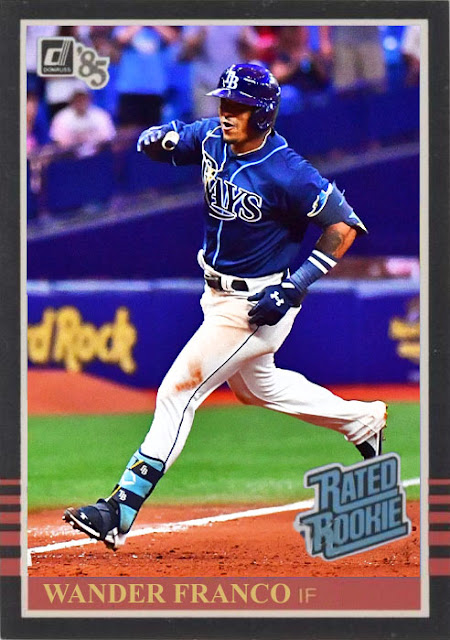 I honestly think that expecting our super-prospects to get right to full potential performance the second they land in the majors is setting us back, still. The best player in baseball, Mike Trout, took until his first full season to really show promise. Same with Aaron Judge, Casey Mize, Gerrit Cole and Vladimir Guerrero Jr. Teams need to let players take their time to blossom, because the era of people like Juan Soto blossoming at 20 is over.

Kelenic already tanked his MLB come-up, and is back in the minors as Jake Fraley takes his outfield spot, but Wander Franco had a better roll of things because A.) his team is a competitor, and B.) a roster spot opened right the hell up for him. Willy Adames got traded, Taylor Walls got hurt. All you, buddy.

And while Franco hasn't been TERRIBLE in his first 9 games, he's still only hitting .200 with 7 hits and 5 RBIs. He is producing, and he's had some big moments so far, but he's not coming out rolling like a lot of people thought he would. Franco is still only 20 years old, he's playing with a relatively veteran-laden roster, so things might take time.

Also, let it be known that Franco joined the Rays during their worst stretch of the season, a 7 game losing streak followed by a 4 game winning streak followed by a 5 game losing streak. The loss of a true ace, Tyler Glasnow, has wounded this team exponentially, and while there are fine starting options like Rich Hill and Luis Patino, no one is truly lighting things up in the rotation like they used to. Just guys who are fine, like Michael Wacha and Ryan Yarbrough. The bullpen's great, but that's because the Rays actually put time into it over the offseason instead of trading everybody away.

The team also still lacks a real lineup standout. Joey Wendle, the leader in WAR, is only hitting .275 with 33 RBIs. Austin Meadows and Randy Arozarena have more than 40 RBIs, but neither is giving the full five-tool performance in terms of contact or defense. Kevin Kiermaier and Brandon Lowe are both having weak years. Nobody is really hitting for contact a great deal. And yes, this lineup can still do well and has some good power hitters, but the more contact-reliant core that made this team a favorite last year has subsided. The Sox, meanwhile, have LOTS of contact hitters in comparison.

At the very least, Wander Franco's more power-driven mentality doesn't stand out too much, but I do hope he can steadily improve and work his way up to fitting seamlessly in this lineup. The Rays have a bit more retooling to do before the last stretch of the year, but I'm not counting them out quite yet.

Coming Tomorrow- I'm heading to a ballgame for the first time in two years. The hometown team. I'll provide a recap.