Sonny with a Chance; Flexen the Gap 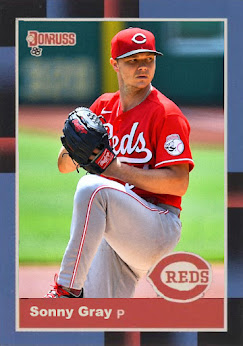 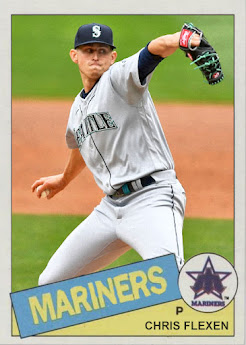 Okay, so we've got 2 months left in the season. We've got some pretty definitive playoff structures, a lot of teams that are probably gonna be there, and some kinda definitive wild card spots. And at the same time, we have four spoilers as well, not completely out of the race and capable of breaking into the postseason. The two most intriguing of those? The Reds and Mariners. So let's talk about 'em both.

Both of these teams have similar records, and both are over .500. Both teams are a sizable but not insurmountable amount of games out of first. Both teams are working on dodging falling giants- the Reds hopped over the Cardinals, the Mariners are working on edging out Oakland. Both teams just bulked up their bullpens; the Reds got Luis Cessa and Mychal Givens, the Mariners got Diego Castillo and Joe Smith [and...ya know...lost Kendall Graveman to Houston].

And both teams...kind of have a shot despite the ironclad quality of the competition. You can count out, say, the Angels, or even the Cubs, but the Reds and Mariners are at the point in the standings where something could, in theory, happen.

Now, both berths could only happen in a storm of outcomes. For the Mariners to make the playoffs, they'd need to not only outrun the A's, but also the now-monolithic Yankees, who just picked up Joey Gallo and Anthony Rizzo, and also beat the Rays or Red Sox in a play-in game. The Reds would have to somehow permeate the unstoppable NL West shield and hug a wild card spot when either the Dodgers or Padres isn't looking, as well as staving off the possibility of a Phillies late surge. AND...AND...both these teams have to remain good. So a lot needs to happen for even ONE of these teams to make the playoffs. But it's not impossible.

In recent weeks, the Mariners have emerged from nowhere as a volatile, impressive squad, thanks to Luis Torrens, Dylan Moore's walk-off capabilities, and more great starts from former Met Chris Flexen, who has found a home in Seattle for him and his 9-5 record. The Ms have a solid core of players, including J.P. Crawford, Mitch Haniger and Ty France, who could bring this team far. Also, Abraham Toro's hitting beautifully in early Seattle appearances, and there is a chance that Cal Raleigh, Taylor Trammell or Jarred Kelenic could figure things out in the majors in the next 2 months.

The Reds, though, caught fire at the beginning of July, ascended to 2nd, and seem to be hot again, despite a lack of Castellanos. Luis Castillo is finally throwing like his old self, Wade Miley's having the best season of his career, Sonny Gray's hot again, Tyler Stevenson's outhitting Tucker Barnhart, and MY GOD LOOK AT JOEY VOTTO GO. The guy just caught fire out of nowhere and is now hitting homers like it's his damned business. I love to see it, I love to watch Votto succeed, and it's definitely happening.

Of the two teams, I'd say the Mariners are a smidge more likely to make a playoff run than the Reds, and the Ms are also making some serious moves right now. But anything can happen. You never know at this rate.

Tomorrow, expect the first half of the Top 10 Trade Deadline deals post. Yes, first half. I'm doing the honorable mentions in 1 post cause there's too damn many of them now.