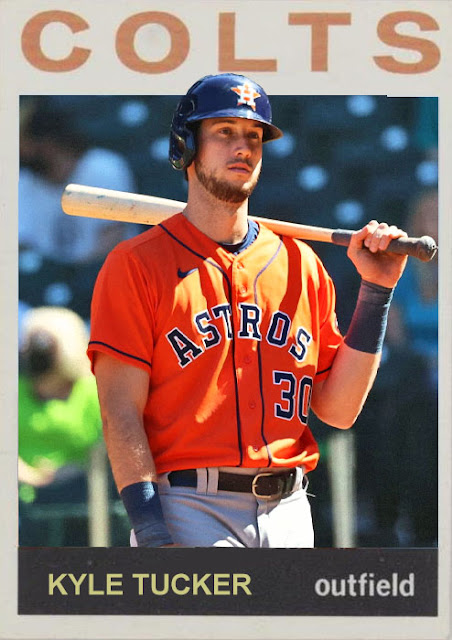 The Houston Astros are still in first in the AL West. Not even losing series to Baltimore and Detroit could completely deter them.

Look, right now the Astros have a big series with the A's, who had 1st for the longest time, and then they go play the Yankees. Two teams that don't have the momentum that they do, and you can only imagine what's gonna happen. And what's more...I'm not sure how clear I've made it, but I really don't enjoy when this team does well. It's the cousin of how I used to yell at the Blue Jays teams in the mid-2010s for deciding in mid-June to be good and then winning a division title. Only 2 years ago, the entire MLB collectively told the Astros to stop being good...and here they are, still winning. If you don't properly penalize someone who cheats, this is what happens.

Anyway, the Astros are still really good, because they haven't broken up the core, only Cole and Springer have really left, and the organization has built this team for sustained success. It's just that no one wants it. Kyle Tucker has been one of the few homegrown successes to come up since the championship, and he's having another strong season with 47 RBIs and 13 homers. Correa, Altuve, Brantley and Gurriel are all playing well. Yordan Alvarez is having the sophomore season that 2020 should have been for him.

The rotation is strong across the board, the bullpen and Ryan Pressly are in good shape, the bench players are at least serviceable, and the sole injury, to Alex Bregman, hasn't been earth-shattering. But that's still not what people want. This is a season where the Yankees are struggling to stay in the race, the Dodgers aren't guaranteed a playoff spot, the Cardinals are stuck behind the Reds and Cubs, and the Braves are below .500. The usual favorites are not in the race, a lot of usual underdog teams are running things, so it's frustrating when the one team everyone wants to drop...won't.

I hope the A's eventually catch up, but right now, the Astros are the better team. They just don't have many flaws at all, and could waltz to the end unless someone stops them. I hate that this is always how it is, but...this is the path the MLB cleared for the Astros.

Coming Tomorrow- One of the most underappreciated Dodgers players who just happened upon his first ASG nod.