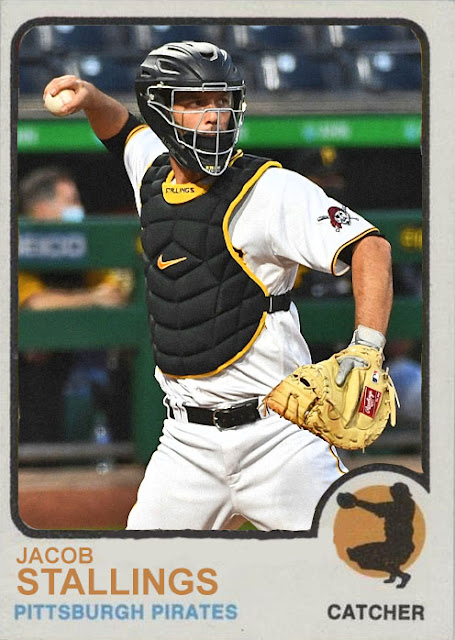 It's very hard to decipher which of the Pirates are going to be on the trade block in the next week or so. The Pirates, yes, are a last place team with a lot of fun players that can do well anywhere, but most of the players on this team are still under league control for a few more years. So I can't say with certainty if Adam Frazier, Jacob Stallings, Richard Rodriguez or even Gregory Polanco are gonna get dealt.

Look, Jameson Taillon, Josh Bell and Starling Marte are all doing decently with other teams this year because they were allowed to get out of Pittsburgh and still have some prime years. Jacob Stallings is 31. He was called up in his late 20s, didn't become a mainstay starter til he was 29, and is now 31. A great catcher, and a great hitter, but his prime years may begin to run out even if the Pirates do deal him relatively soon. Also 31 is Richard Rodriguez, another big piece of this team that could honestly be a trade piece on account of the depth of the bullpen without him. I don't know how many more prime years either of these guys have left.

Adam Frazier and Gregory Polanco are 29. Polanco already worries me because he hasn't hit for average since 2018. Frazier's excellent, is coming off an ASG nod, and could be useful to a team, but again, he's 29, I'm not sure how old he'll be when he stops having seasons like this.

If the Pirates do end up keeping all these players because none of them are free agents immediately next [save for Polanco], then they're confusing people that are competing, and holding onto these guys despite still being very much in 5th and out of the conversation. It is very nice that they're beating up the Mets this week, but they're still 10 games behind the sinking Cardinals and Cubs. They're not gonna get anything done this season. Ke'Bryan Hayes and J.T. Brubaker are trying to bring on the next stage of Pirates baseball, and they can't really do it alone.

It'll be interesting to see who sticks around after next week, and what this says about the future of the Pirates.

Coming Tonight: One of the many sturdy cheap imports for the Rangers.