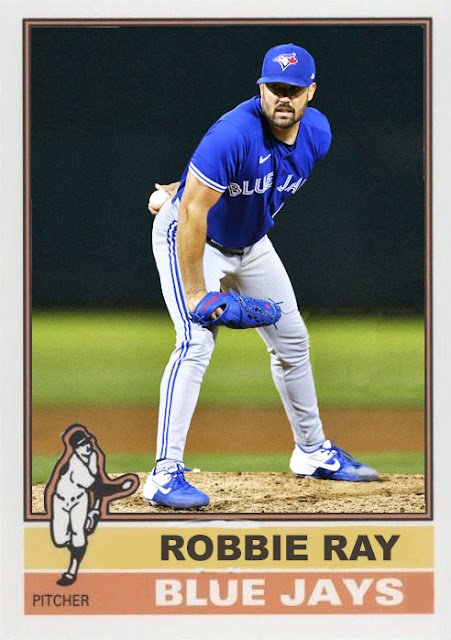 It's down to the Blue Jays and Yankees, fighting for a Wild Card spot that will likely not go to either of us at the rate we're playing right now. The Yanks just blew a lead against the Astros, the Jays won against Tampa, so we're even once again. Of course we are.

The Jays are honestly in a similar rut to my team. Yes, they do have the best player in baseball, Vladimir Guerrero Jr., and some All Star starters in Marcus Semien and Teoscar Hernandez. But the pitching has become a little shaky. Robbie Ray and Hyunjin Ryu have been fine as starters, and Ray is having a comeback season with 119 Ks and a 3.36 ERA. Beyond that it gets trickier. Steven Matz and Ross Stripling are doing very okay with 4ish ERAs and high WHIPs. Alek Manoah is a nice young option, but he narrowly avoided a suspension and he could be troublesome down the line.

And the bullpen is just now beginning to mend, thanks to adding Adam Cimber, Jacob Barnes and Trevor Richards. Those three, along with Tayler Saucedo and Anthony Castro, are helping fix the wounded Toronto bullpen, which only really has Jordan Romano, Rafael Dolis and Tim Mayza healthy [hey, remember when Kirby Yates, Julian Merryweather and David Phelps were supposed to be big helps to this bullpen?].

The lineup is also stirring a little bit. George Springer is finally healthy, but his average is down and he's mostly the DH option. Reese McGuire and Santiago Espinal seem to be lapping Danny Jansen and Cavan Biggio in their starting positions. Lourdes Gurriel seems to be a full time outfielder now, and he's relatively decent there. And it looks like the team is bracing itself for one more big acquisition in the coming weeks, as they might do their usual 'start competing halfway' thing.

Again, unlike past Jays teams, I don't have a lot of hatred for these guys because the effort is there, and they could be competitors if it weren't for some of their luck. So if they make a run at things and try to get a big piece at the deadline, that's fine. I won't yell. Besides, they honestly have more going for them than the Yankees right now.

Coming Tomorrow- Speaking of teams that get hot halfway through the season, the catcher for the Nats.