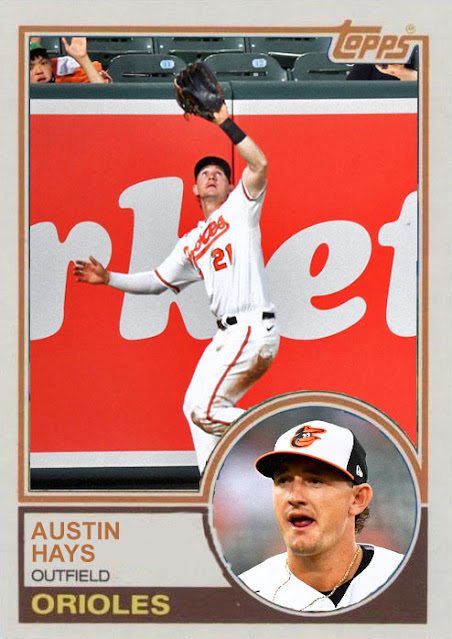 The Baltimore Orioles currently have more momentum than the Kansas City Royals. How weird is that?

I mean, let's be honest, the Orioles are probably looking at another 100-loss season, they're only hanging onto John Means this month due to a well-timed injury, and enough of the core only works in Baltimore, which is only so much of a blessing considering the big pieces might not leave. Things aren't exactly rosy for them, Mancini and Mullins' ASG week runs aside. But...they're able to overpower the Royals on two separate occasions. Today's was even a shutout led by Matt Harvey of all people. Wins are still possible. They just have to be...strange.

And yes, 'strange' would be a good way to describe this team as well. The two contact hitters that made waves last season are both struggling to even hit .250. The big standout is the guy that was down all last year. Cedric Mullins is finally succeeding at the major league level and looking like the star he was primed to be in Machado's absence in 2018. Matt Harvey's made 18 starts, has a 7 ERA and still has a job because, if you can believe it, there are starting options that are WORSE than him.

But even still, you have people like Ramon Urias, Spenser Watkins and Bruce Zimmerman, young pieces who are beginning to inherit the team. Austin Hays is only hitting .243, but he's a great outfielder that gets on base a lot, and he adds to the team's versatility. With that group, Mullins, Santander and Mountcastle, you're beginning to see the next stages of what the Orioles could be. And I do think that if all of these pieces time their breakout periods together, and if the O's replenish their rotation, the O's could potentially be a lower-tier competitor in the next few years. It may seem unlikely now, but it happened to the White Sox and Padres, so you never know.

But until then...we probably have a year or so more of sub-.500 baseball to stomach from the Orioles.

Coming Tomorrow- He just decided that he doesn't want to spend much more time in Miami. As he rounds out his 11th month as a Marlin, have we also reached his eleventh hour as well?