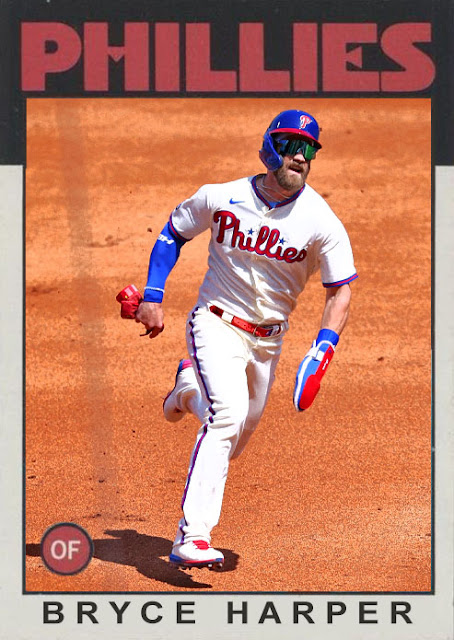 So, for the first time in 23 months, I attended a baseball game. It, uh...went alright, I guess.

A lot of this trip was as a means of getting back into a stadium and reestablishing how cool it feels to go to games. My family's all vaccinated, the region's pretty low on cases, so we went. Citizens Bank Park is entirely opened up as well, with only really tailgating being policed. And it was July 4th, which is a pretty cool time to go to a Philadelphia Phillies game. So we bit on it.

The best part of the game was that it was a chance to see this Phillies team pretty much intact. Harper, Hoskins, McCutchen, Realmuto, Segura. All of them were active for the game, and most of them had some pretty good moments. Realmuto had a nice homer late in the game. Brad Miller came in and made an outstanding infield play. Vince Velasquez, despite some shakiness, was solid enough through 5.

But...we were playing the San Diego Padres. The Phils had taken 2 from them before, but this is a competitive 3rd place team, with Fernando Tatis, Manny Machado and Jake Cronenworth on it. So obviously it wouldn't be easy. Blake Snell went only 4 innings, but we couldn't score any runs off of him, despite some placement and velocity issues throughout. Craig Stammen, though, we did get to, scoring our only run of the game off of him, and decking a triple off of him courtesy of Rhys Hoskins. But for the most part, the Padres' exemplary bullpen shut us down.

Meanwhile, Manny Machado had two home runs off of Velasquez, both of which were the Padres' only runs for most of the game. Enyel de los Santos kept the Padres from scoring any more, and it was looking like it's be a heroic loss. Then Hector Neris got up and gave up SIX RUNS with 2 outs. He struck out 2 batters brilliantly, got two strikes...then fell apart. Walking a few. Then the infield blew a few plays. Then the frigging BACKUP CATCHER tore a 3-run home run. After a bit, we just had to laugh. Hector Neris has become absolutely embarrassing, and still can't seem to pull out a save. They had to bring in Andrew Knapp to get us out of the inning, the ninth, by the way.

And then the Phillies died on a do-or-die inning, we lost 11 to 1, and the rain led us out.

But hey. I'm just glad we got to go to a baseball game again. We had decent seats in left field, completely under cover [in case of immense sunshine/rain], and we just had a really nice time, loss or no.

Hopefully from here on out I find my way to more games. And hopefully they're better than that one.

Coming Tonight: A surprise relief phenom that snuck his way to Cleveland in the Corey Kluber trade.