10 Trade Deadline Deals That Confused Me 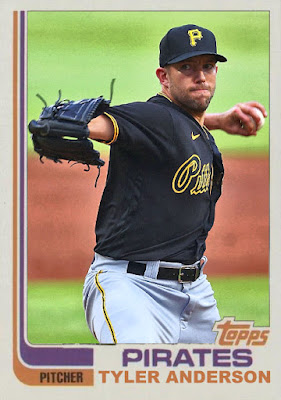 Welcome to Part 1 of 3 of my trade deadline posts this year. Yeah, there's 3 of them. I was gonna do 2, then there was a ton more today, and now I have to do 3. That's how insane this deadline was, folks. We've got three days worth of this crap.

To kick it off, i'm gonna do the opposite of my usual Top 10 list, and do a list of 10 deadline deals that I didn't really get. It could be fit issues, trade issues, extraneous stuff, either way, they're too puzzling for me to really like them.

Let's start with the obvious one, for me.

#10-
The Deal: Tyler Anderson to the Mariners, two prospects to the Pirates.
Why It Confuses Me: Midday on Wednesday, Anderson is involved in a deal to my Philadelphia Phillies. He would have been a nice fit, the prospects were ones I was okay with parting with, I was alright with it. Except the Pittsburgh GM had some issues with the prospects, halted the deal, and went ahead with the Seattle one. It was embarrassing for Philly, and is sort of an anomaly in that it almost shouldn't have happened the way it did. If the Phils hadn't bungled the prospects we'd have Anderson, then maybe the Kyle Gibson deal doesn't happen. Just a strange turn of events. I'm fine with the actual Seattle deal though, it's actually good for them.
Speaking of Seattle, though: 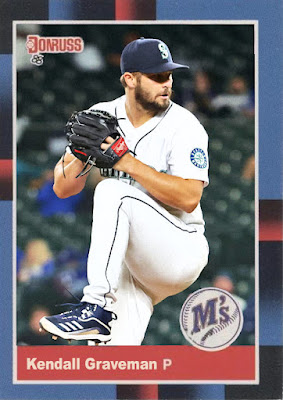 #9-
The Deal: Kendall Graveman and Rafael Montero to Houston, Joe Smith and Abraham Toro to Seattle.
Why It Confuses Me: There was an outpouring of support from Mariners pitchers after this deal happened. They weren't just sad, they were absolutely betrayed. For Jerry Dipoto to take one of the best and most well-liked players on the team, a competitive one at that, and trade him to a division rival in exchange for an injured reliever and an infielder no one knows what to do with? That's insulting, almost. Of all the trades this week, even a fairly big Chicago one, this may have been the most devastating to its team. Why completely destroy a team system just for something like this? 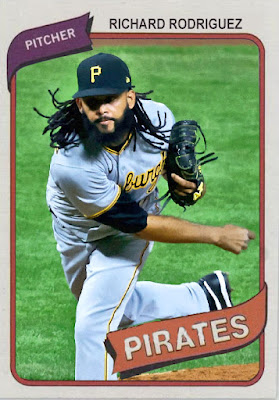 #8-
The Deal: Richard Rodriguez to the Braves, Bryse Wilson and a prospect to Pittsburgh
Why It Confuses Me: This confuses me less than some of the other Braves moves this deadline, but it's still a bit perplexing. Yes, the Pirates need relief help, but they're also being very careful not to injure anymore starters, and Bryse Wilson was a much-needed starting boost in last year's playoffs. Why give him to the Pirates, even for Rodriguez? And this is the first piece of this, but...why sully some of the future for some win now mentality?
Similarly, 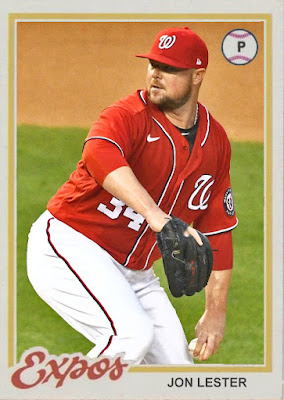 #7-
The Deal: Jon Lester to the Cardinals, Lane Thomas to the Nationals
Why It Confuses Me: Same as the Rodriguez deal, the Cardinals have given up on a potentially useful back-team piece, in this case outfielder Lane Thomas. Thomas hasn't yet fit into the St. Louis outfield schematic, but I still thought he could have been some use to them. Jon Lester, meanwhile, didn't seem to me like he was worthy of being sought after, even by a mid-tier competitor like the Cardinals. He's been doing fine this year, but didn't feel like an upgrade per se for some options in STL, especially one we'll get to later on. So it felt a little like an unfair deal- Thomas could flourish in Washington, Lester might not get much done in St. Louis. And we'll get back to STL in a bit, too.
For now, back to Atlanta 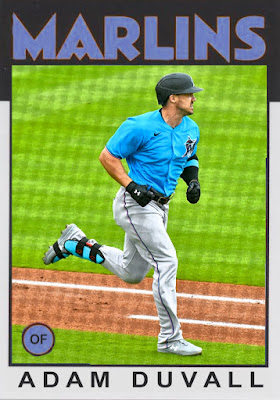 #6-
The Deal: Adam Duvall to Atlanta, Alex Jackson to Miami
Why It Confuses Me: Again, on one hand, welcome back to Atlanta Adam Duvall, he'll get a lot done there and fill out the outfield. But now you're trading away a potential catcher. The Braves are desperate for catching help right now, and are torn between Stephen Vogt and Kevan Smith. Alex Jackson, failed prospect that he is, was at least a decent option in comparison to the older two, and could have factored in more to the potential push. But now he's in Miami, who have a solid starting option in Jorge Alfaro and have a decent backup in Sandy Leon. So he might not get as much done there, honestly. Yes, great reward in Duvall, but why give up Jackson now? 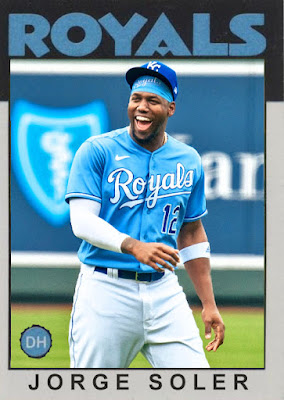 #5-
The Deal: Jorge Soler to the Braves, prospects to the Royals
Why It Confuses Me: More with the Braves' rush to compete this season without Acuna, Anderson, Soroka or Ozuna. Now the idea is fitting in Jorge Soler as an outfield bat, except...Soler isn't a trusted outfielder. KC played him as a DH for a reason, he wasn't exactly defensively inclined. Matter of fact, a great deal of the outfielders the Braves are wheeling in, including Duvall, Joc Pederson, Soler and one other one we're getting to, aren't exactly known for their defense. I understand the Braves want to fix their hitting, but they're still gonna give up lots of runs per games with this outfield.
Furthermore, 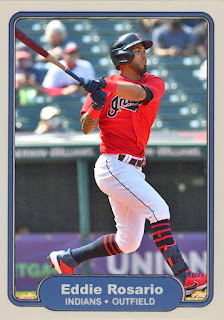 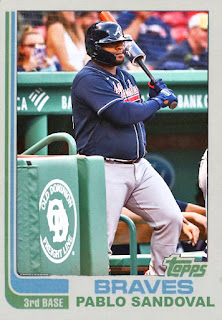 #4-
The Deal: Eddie Rosario to the Braves, Pablo Sandoval to the Indians
Why It Confuses Me: FOUR OUTFIELDERS IN A WEEK. And they still have Guillermo Heredia, who's a solid option, especially defensively. But now it's a VERY crowded outfielder, even with Orlando Arcia and [the soon to be released] Abraham Almonte on hand. You see, I was thinking they were gonna bring Cristian Pache back up, but I'm honestly surprised they didn't trade him, now. Rosario is having a very mediocre season and can only add so much by being a Brave. Pablo Sandoval is not gonna fit in the Indians lineup, and might not be as good in their bench. I don't know if this helps either team. 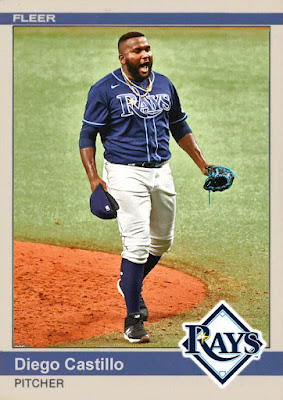 #3-
The Deal: Diego Castillo to Seattle, J.T. Chargois and prospect to Tampa
Why It Confuses Me: The Rays...are...sellers? The Rays have a net loss this deadline? Yes they still got Chargois, Nelson Cruz, and some other minor cases, but...they gave up one of their biggest playoff pieces to a team that is fighting for their wild card spot, and not as successfully at that. Why give Diego Castillo to Seattle? I thought the goal for Tampa was to keep as much of their bullpen intact as possible, but it's been extremely fluid this year. Yes, he'll work in Seattle, quite well in fact considering the loss of Graveman, but...I still think the Rays needed him more than the Mariners did, Chargois or no.
And yet, 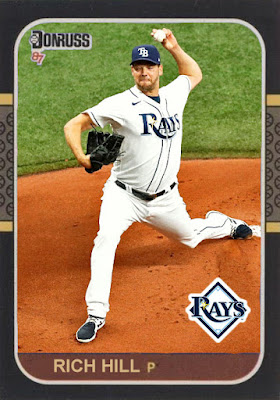 #2-
The Deal: Rich Hill to the Mets, Tommy Hunter to the Rays
Why It Confuses Me: The Mets...needed pitching help this deadline. So they went...and got...Rich Hill. Who is 41, and was doing perfectly well for the also-competitive Rays. They gave up Tommy Hunter, who had pitched in 4 games this season in between injuries and call-ups. Hunter's currently in the minors. Hill is as shaky as he was in Tampa over 1 start with the Mets. I genuinely don't know who this helps. The Rays had a lot of starting injuries, they trade one of their healthy starters. The Mets needed rotation help, they trade for Rich Hill and not for Jose Berrios, Max Scherzer, Kyle Gibson or Andrew Heaney. I don't get it. I just don't.
and then, 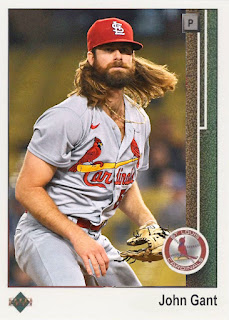 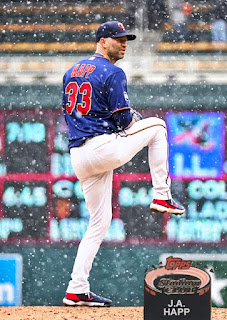 #1-
The Deal: John Gant to the Twins, J.A. Happ to the Cardinals
Why It Confuses Me: How is this not a downgrade for the trying-to-be-competitive Cardinals? You have John Gant, who's been phenomenal in a swing role for the Cards this year, starting and relieving and doing well with both. You're worried about your rotation getting too old or beat up. So you trade John Gant, who is doing well for you...for J.A. Happ, who is 38 and has a 6.77 ERA in 19 starts with the Twins. Happ...leads the league in earned runs. And you traded John Gant for him. You traded John Gant to...a team that is either 1st or 5th each year, hung onto Byron Buxton, Kenta Maeda and Max Kepler, and could potentially compete next year. You traded your pitcher, who is thriving with you...to a team where he could thrive even more, and for longer. Why? What do you want? What can J.A. Happ give you in 2 months that John Gant can't give you in 3 years? How is this a good move? How will this help you COMPETE?
I'm flabbergasted. Most of these flabbergast me. I don't like to be flabbergasted at the deadline.
Tomorrow, the honorable mentions. The deals that I liked, but not enough to make the Top 10.
Posted by Jordan at 8:50 PM
Labels: Braves, Cardinals, Custom Cards, Diego Castillo, JA Happ, John Gant, Jon Lester, Jorge Soler, Kendall Graveman, Mariners, Pablo Sandoval, Rays, this trade makes no sense, trade, Tyler Anderson