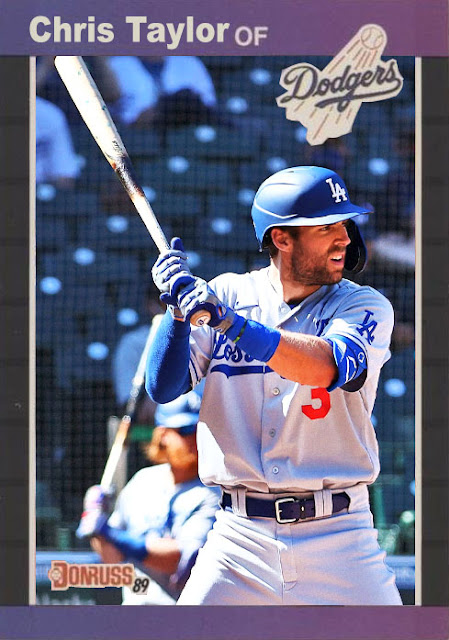 In December 2015, as the potential trade to Los Angeles was in the works, Aroldis Chapman was mired in a domestic abuse incident, where he was accused of choking his girlfriend and firing gunshots. It was a very ugly incident, and one that the Los Angeles Dodgers wanted no part of, cancelling the trade, and forcing Chapman to find a better deal elsewhere. It was a statement that made it clear that the Dodgers had no place for abuse of any type. This is the team that had distanced itself from Darryl Strawberry, Esteban Loiaza, Steve Howe and Jeff Kent. The Dodgers were morally sound, because above all else, they were a brand.

And this couldn't have been made more clear than this past week, when the Dodgers decided to put their ace on leave, solely due to the accusations of sexually charged abuse stemming from him. The Dodgers already put a lot of money into Trevor Bauer, and that was the way he was going to spend it, he'd have to sit for a while. It's a controversial decision, but from a morality standpoint, I completely understand. You do not want someone like that around the clubhouse, especially when everyone else knows.

However, the one downside of Bauer's temporary leave is that it puts the Dodgers at a rotational disadvantage for the first time since Dustin May's injury. Kershaw, Buehler, Urias and Tony Gonsolin are set, that's a fine 4 man rotation, but then what? Is it worth starting David Price, and risking more than 3 innings of his late-career material? Is it worth starting a younger arm used primarily in relief, like Mitch White or Edwin Uceta? Is it worth attempting to use Brusdar Graterol as a starter, which he didn't exactly succeed at in Minneapolis? What's the play? We're only gonna find out later tonight, because as I write this, it's not exactly certain. Price is the most likely option, but Dave Roberts is smart, and he knows what he's doing.

How else do you explain how the Dodgers are still a major player in the NL despite failing to lap the Giants in the standings? They won 10 straight before the week started, and their last two series before the ASG break are against the Marlins and Diamondbacks. They also have Max Muncy, Mookie Betts, Justin Turner and Chris Taylor all playing really well, Albert Pujols as a killer bench piece and Cody Bellinger slowly beginning to heat up again. There's not a lot of weak points to this team, and they could very feasibly take 1st and make a run at things. It's just a matter of how well the next few divisional series' do for them, and how much of a fight the Giants put up.

And as for Bauer...I really hope for his sake that whatever happened can be reconciled with or forgiven. Because if not, and if this ruins his career...the Dodgers just spent a lot of money on a moral foresight. And that's not very on brand for them.

Coming Tonight: One of the few people doing well for my team right now.