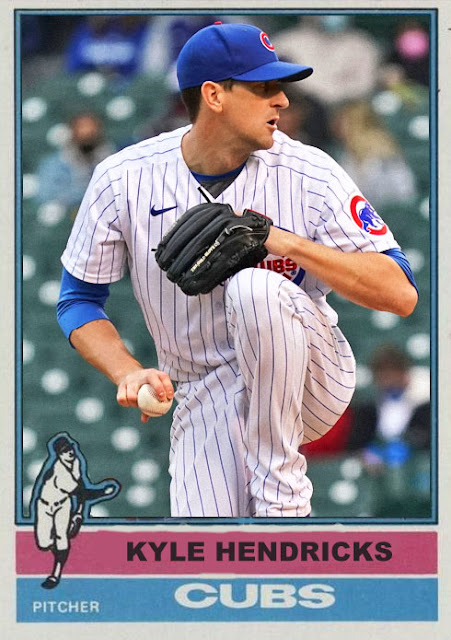 The Cubs have fallen below .500, and below the Cardinals. The reclamation project that we all thought was in the works earlier this year has dissipated with Jake Arrieta's ERA. So now...for the first time since roughly 2013, the Chicago Cubs have to sell.

Craig Kimbrel and Kris Bryant have been attracting lots of trade attention, and rightfully so. Kimbrel's still an elite closer that could become a fixture anywhere he goes, at least with some time, and Bryant is still pretty elite as a hitter and now has the power to play just about everywhere. I've also seen Zach Davies and Andrew Chafin talked about in trade discussions [UPDATE: So long, Chafin!], same with Ryan Tepera and Matt Duffy. A good chunk of this team is probably gonna get dealt, and that's a reality they have to come to terms with.

It's honestly a case of being alright with who sticks around. I'm guessing Kyle Hendricks is gonna stay put, but not certain. Hendricks still has a few years left on his contract, and is still definitely a leader in the clubhouse. He's also got 12 wins and a 3.60 ERA, and a massive improvement over his start this year. If people go this year, Hendricks, along with Willson Contreras and Anthony Rizzo, are gonna be the tentpoles that keep this team together as it reforms.

You can see the next generation of this team beginning to take place, with Patrick Wisdom beginning to look more and more like an everyday 3rd baseman for Chicago, and Keegan Thompson looking like a safe bet in the ninth if Kimbrel goes. Also, Nico Hoerner is definitely coming into his own at 2nd, and somehow Rafael Ortega is turning into a nice short-term replacement in the outfield. I do see this team letting Ian Happ loose in a year or so if he keeps hitting like this, but that may be as they figure out what the next stage of this team may be.

As for this current stage, this is gonna be a weird week. A lot of Cubs legends might be playing their last games as Cubs, and we may be saying goodbye to this sort of dynasty that's lasted since 2015. Which is kinda weird.

Coming Tomorrow- A former hero for a 1st place team, now a power bat for a team that once again might be looking to sneak in as a Wild Card.