Have You Ever Been This Lowe? 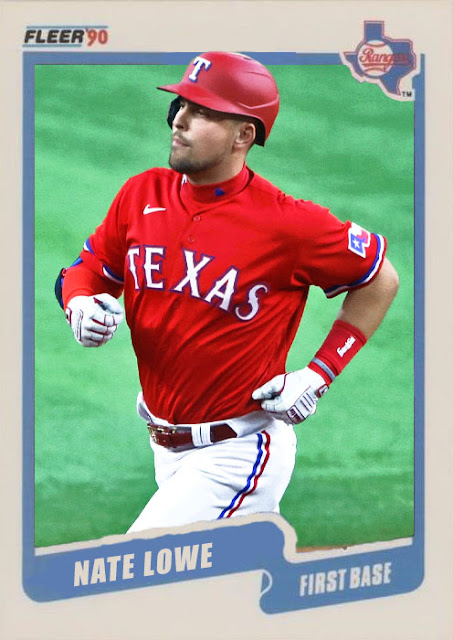 It's the most ironic thing. The Rays bring up two guys name Lowe, one pronounced Lau the other pronounced Low, and the one who's pronounced Low gets traded to a team that winds up lower in the standings. Like that's almost out of a nursery rhyme.

And so we have Nate Lowe, the rejected Lowe of Tampa, currently doing his best in Arlington, immediately following a day where the Rangers got walloped 14-0 by the Tigers, the third of three consecutive shutouts.

Yeah, think about that. A team so bad that even the Tigers embarrass them.

So, this is Rangers baseball this year. A lot of big losses, and a lot of last place baseball. Joey Gallo, Ian Kennedy and Jordan Lyles all might get traded. Or maybe more, or less. And it's becoming a matter of what this team will become after the trade deadline.

I think the biggest indicator of what the Rangers might look like for a bit is someone like Nate Lowe. A low-cost import from a larger market, a lot of power abilities and some decent stats [43 RBIs], but some one-dimensional qualities and minor issues that grapple with replacement level. The bulk of this team is looking like that- guys like Dane Dunning, Nate Lowe, Charlie Culberson, Willie Calhoun, Jonah Heim and Kolby Allard. And that's what's gonna make up this team for a bit. I do eventually seeing people like Dunning and Allard taking it over, and Dunning is at least having a decent season, but those middle guys are gonna dominate this team.

And the standouts, at least for the foreseeable future, will be guys like Kyle Gibson, Isiah Kiner-Falefa and Adolis Garcia. But the main question is whether or not they'll be as good as they are this year. Garcia has calmed down exponentially since his monster May, and has been hitting .222 in May with only 2 homers. Kiner-Falefa has even calmed down a bit since his peak, and now Gallo is running this team in what is supposedly his last month with the team.

The picture will become a bit clearer in a week or so...and then a bit hazier once the wins drop yet again.

Coming Tomorrow- Thank goodness I'm able to get a custom out of this guy before HE'S traded.