The Stars Are Out: 2021 All Star Celebrity Softball Game 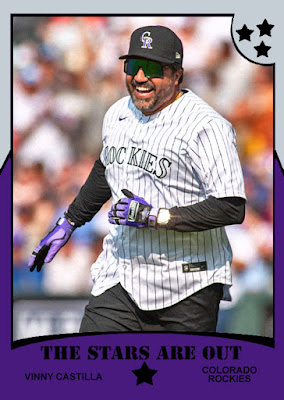 A few years back, when the All Star Game was in Washington and when I still had a good royalty-free photo source, I made a ton of customs for the All Star Celebrity Softball game, an event I've always gotten a kick out of and is a lot of fun to document, and made customs of people like Bill Nye, Shaquille O'Neal and Jamie Foxx.

Thankfully, this year's event in Denver was well-documented too, and had some good opportunities for Stars Are Out customs, so I did a few more. Being in Denver, the game featured some retired Rockies greats, like Todd Helton and such, but the one I had the best photos of was Vinny Castilla, the 90s-golden-age corner infielder. 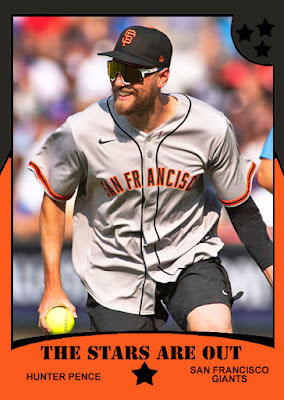 There were also some contemporary retired stars, like Hunter Pence, who retired last year and seemed to be in pretty good shape for the game. 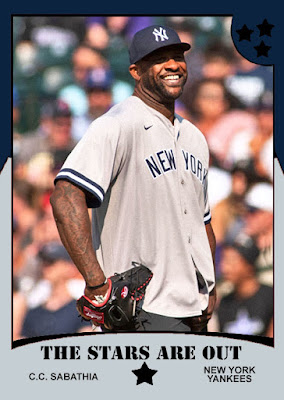 As well as Yankee legend and now full-time sports personality C.C. Sabathia, who spent some time on the mound, of course. 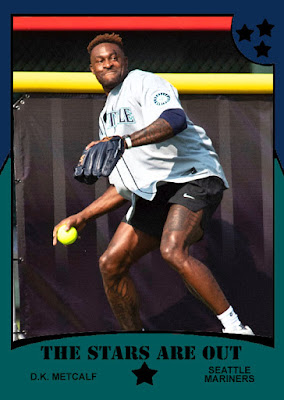 The fun also spread to other spots, including football. Seahawks standout D.K. Metcalf took some reps in the outfield, and represented the Mariners. 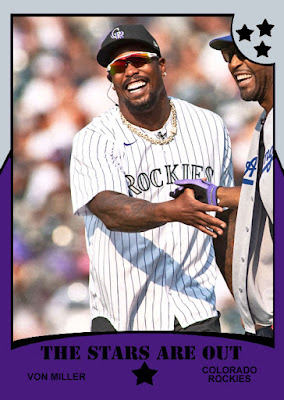 While former Broncos Super Bowl MVP Von Miller made an appearance, threw out the first pitch, and brought some Denver sports cred. 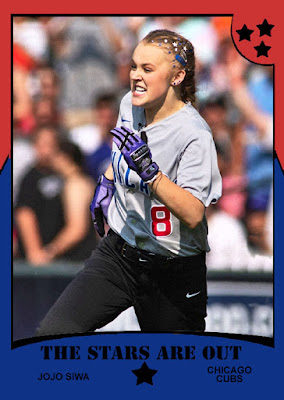 In the category of true celebrities...and this is an inclusion that's gonna alienate a lot of people...Dance Moms alum and energetic-as-hell child star Jojo Siwa anyone? I mean, I'm as happy as anyone that she's mellowed out a little over the last few years, but her showing up, rocking Cubs colors and providing some LGBTQ+ representation that was more than just Karamo from Queer Eye was a good move. 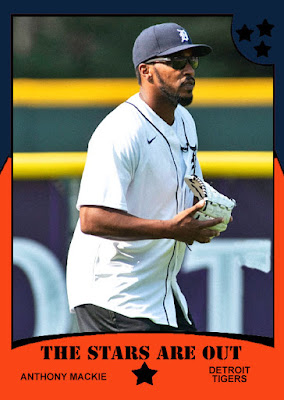 And like Jamie Foxx, there was the appearance of an unfittingly big star on the base paths. This year, it was Captain America himself, Anthony Mackie, fresh off nailing it in Falcon and Winter Soldier, and coming off of a ton of really nice roles. Mackie represented his hometown of Detroit and made the best of some early playing time.

Games like these are fun. I kinda love that they keep doing things like these. Excited to see next year's, though expecting a ton of very obvious Dodger fans in there.