The Second Half Begins [feat. The Cincinnati Reds] 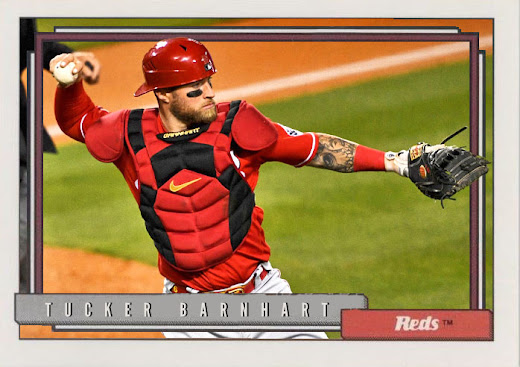 Welcome to the second half, NL Central teams. Hope you survive the experience.

Yeah, who'd have thought that the team in that division with the most momentum would be not the Brewers who are in first, or the Cubs who had the momentum in May, or even the always-sneaky Cardinals...but the Cincinnati Reds? You knows, those guys that were 24-29 at the start of June? They're amazing now. How about that?

And they were never bad this year, so this was always the slimmest possibility, but the only players to really break through were Nick Castellanos, Jesse Winker and Wade Miley. And now it's a lot more balanced, I think. The entire rotation has evened up, and Luis Castillo and Sonny Gray have caught up to Miley and Mahle. Vladimir Gutierrez has been a sharp fifth man, and get the job done there. Heath Hembree seems to have taken over in the ninth and is on the right track. Jonathan India's Rookie of the Year caliber season is continuing in high form as he gets his average back up to .275. Barnhart's having another strong year as catcher, Tyler Stephenson's doing really well backing him up. And even if Eugenio Suarez, Joey Votto and Tyler Naquin aren't hitting for average, they all have upwards of 40 RBIs.

So...pretty much everyone's performing a large degree better, the Reds are 4 games out of 1st and 4 games ahead of the sinking Cubs and Cardinals. Even before the action resumes, this is a very good place to be, especially for a team that did, in fact, make the playoffs last year.

Now, again, this is only the halfway point, the Cubs or Cardinals [probably the Cardinals] could catch up, the Brewers could hold onto the lead, and we could be sitting here laughing at this in September. Or...maybe the Reds are about to really take off and come to prominence when no one expects them to. Everyone's taking aim at which disappointment is gonna come back this half, be it the Yankees or Jays, or the Braves, or hey maybe the Twins, but...the Reds have a good shot considering how they were looking right before the ASG break. If they can blaze through the deadline as competitors, keep their core intact and potentially have a hand on the division into the stretch, that'd be excellent. It's not gonna be easy, but it'd be awesome if it happened.

Coming Tomorrow- Another young hurler for the sinking Tigers.