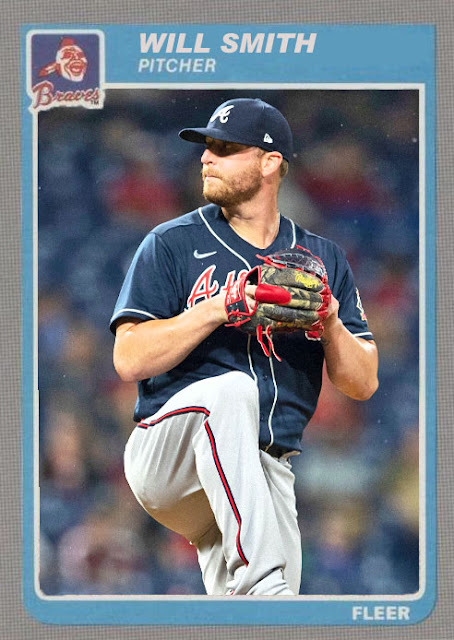 The plight of the sure-to-be-definitely-1st-place-and-playoff-bound Atlanta Braves continues. Now they are in fourth, as even if the Nats have conquered the middle of the division and come down, the Phillies are still ahead of them both thanks to their week in Chicago.

And the Braves...just dropped a game to Pittsburgh.

A lot of things had to unravel to get the Braves to where they are now. First, Mike Soroka got bounced for the whole year, then Huascar Ynoa and Tucker Davidson joined him. The rotation came down to Ian Anderson, who, once again I must add is asking for a Tommy John surgery, Charlie Morton, who's not to the height of his last few seasons, Max Fried, who's off his game, and Drew Smyly, who is the Mike Zunino of pitchers.

Then, the bulk of the lineup sort of dissolved, thanks to Marcell Ozuna getting injured and...getting up to some nasty stuff in his free time. Then Travis d'Arnaud got injured, as he's prone to, followed by Alex Jackson. The primary catching choice was William Contreras, who wasn't as MLB-ready as his brother, and as of yesterday, the Braves seem to be moving forward with Jonathan Lucroy, who has been with two organizations this season so far, and has enough MLB experience to distract from his inability to keep a steady job since 2018.

And now Will Smith is blowing saves and being as imperfect as he's been since leaving SF. Again, part of the game with closing pitching is that you have to capture the lightning in the bottle and preserve it for as long as possible, and for Smith the lightning may have run out already. Yes, Smith has 17 saves, but he's not as dominant as someone like Luke Jackson or Tyler Matzek.

At the very least though, the Braves will have Freddie Freeman, Ronald Acuna and Ozzie Albies representing them in Denver, arguably the three pieces of this team that have continued to perform to scale even through the disappointment. I don't think any of them are leaving anytime soon, though the trades are making me nervous about Freeman [and guess who doesn't have a Grade A 1st baseman, the Boston Red Sox, hoorraayyy].

Is there the tiniest chance that the Braves can wake up and conquer the Mets this season? Uh...maybe? But I really don't think it's gonna happen. Maybe next year, or so, with the right luck, the Braves can get that ring Atlanta desperately needs. But until then, they've gotta deal with being okay.

Coming Tonight: He's hitting well, but his team is, uh, not so smooth.