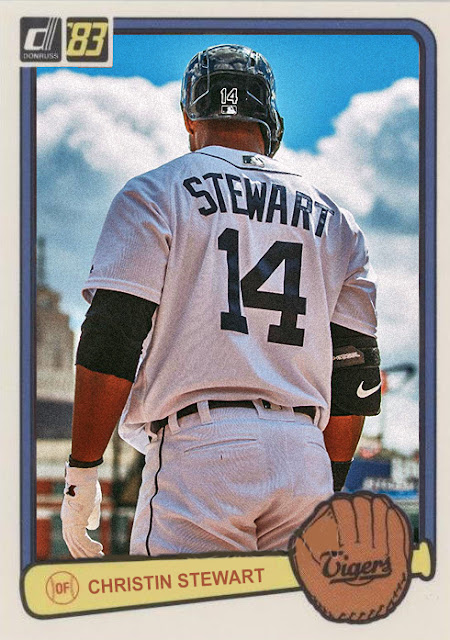 I think it figures. The Tigers had been playing like a last place team for so long, they finally decided to go the extra mile and BE a last place team. Because, you know, the Royals' long-gestating prospects aren't still gestating, they're actually joining the major league roster and doing productive shit.

But yeah...2019 Detroit Tigers. Where you can just taste the meh in the air when you get into Detroit. I mean, you look at the team's top performers, which in this case are people with 1.0 WAR or higher, and you think '...on any other team, would they even be still on the roster?' Like Daniel Norris, the third starter, who has a 2-8 record, a 4.96 ERA and a 1.423 WHIP. Would he even still be starting on a 1st place team? Or Jeimer Candelario, who's batting .212 with 17 RBIs in 55 games.

Hell, the biggest disappointment might be April's big call-up, Christin Stewart, who started with a few clutch games before mellowing into a .233 average and striking out 63 times.

...Brandon Dixon, a guy who was backing up Scooter Gennett in Cincinnati last year, has the most home runs on the team, with 12. Translation: NO ONE IS HITTING. Not even future Hall of Famer Miguel Cabrera, who's giving another effete late-career effort at DH.

There's just so much wrong with this team, and you can only imagine it's gonna get even worse when Shane Greene, Nick Castellanos and probably Matt Boyd leave in the next few weeks. Without Castellanos, this team has literally no offensive leadership or experience, and they're gonna have to bob along until someone comes up who can hit like hell and rally the rest of the lineup.

It's just...not pretty. And this is how it might be for a while in Detroit.

Coming Tonight: After 14 years, he's still breaking records in St. Louis.
Posted by Jordan at 10:20 AM