Brotherhood of the Gray Wolf 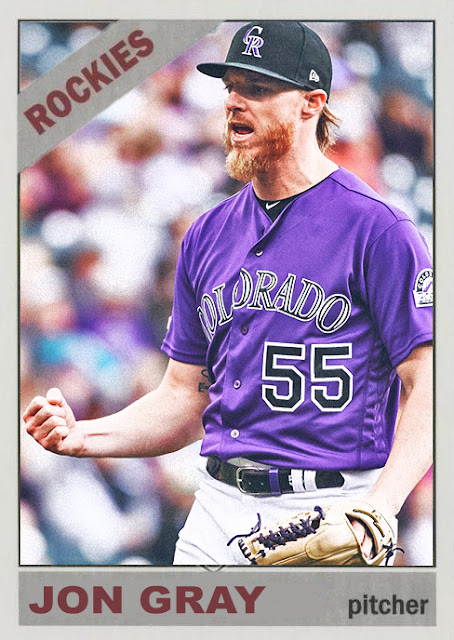 There have been a lot of teams this year that have come into the fold with minimalist lineups, then have gotten way over .500, and you're stuck thinking '....THIS is the one that works?' The Rangers and White Sox have been like that, and...arguably so have the Rockies.

Like, the thrill of the 2018 Rockies team is kind of gone. LeMahieu, CarGo, Ottavino, Matt Holliday, they're all gone, and the Rockies decided that instead of getting a great deal of contracts, they'd call up a whole bunch of players.

And this has worked. Huh.

At pretty much the same time, call-ups like Peter Lambert, Ryan McMahon, Brendan Rodgers, Raimel Tapia and Jesus Tinoco have all sort of locked into position, and have been playing at MLB level. Rodgers is currently on the DL, leading Garrett Hampson to sort of swing into his place in the roster, but as McMahon has been starting at second and doing great, it's not a big loss.

Also, a lot of former bench players and unsung heroes like David Dahl, Tony Wolters and Antonio Senzatela have been doing fairly well in elevated positions. Dahl has an ASG nod, so I don't need to explain much with him, but Tony Wolters has FINALLY found his bat in the majors, and is hitting .288. Senzatela has become one of the few healthy, consistent pitching options, alongside German Marquez and Nega-Thor, Jon Gray.

As for all the carry-overs? I mean...they're all doing pretty damn well. There's a reason people keep voting Nolan Arenado to start the All Star Game. There's a reason Charlie Blackmon's still one of the best players in baseball. This is still a pretty strong team, and these call-ups have only strengthened them.

They're 13 games behind LA, but they've got a shot at the wild card. Hopefully they'll stay hot.

Coming Tomorrow- So you saw what he did in Houston, you gave him a new team, and you expected him to NOT do well????
Posted by Jordan at 8:51 PM
Labels: Custom Cards, Jon Gray, Rockies