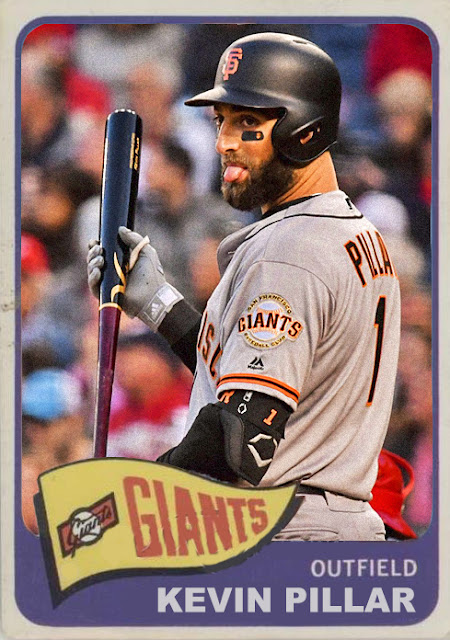 So...the San Francisco Giants might actually have a chance this year.

The Giants have won 7 of their last 10 games, are second in the NL West, and are 2.5 games behind the wild card pack. How?? Well...you know that massive drubbing I wrote about on here a few weeks ago, where the Giants came alive and slaughtered the Rockies 19-2? That...was only the beginning. The Giants have only lost 5 games in July, which is the same amount they lost during the first week of the season.

But...let's be honest, this would be a lot harder for the Giants if they hadn't been slowly retooling this team into a contender all along. Like...week one of the season, they trade Kevin Pillar for Alen Hanson and change, and Pillar's bat comes alive, eventually getting him to 54 RBIs and 95 hits, both team highs. If they didn't get Pillar, the thought of dominance wouldn't have ever occurred to them.

Or how about the reshuffling of the pitching rotation? Giving Shaun Anderson and Tyler Beede more starts has been an impressive idea, and both have done fairly well in the rotation. Removing Drew Pomeranz from the rotation has worked well on his numbers. And Connor Menez will be back with the rotation within no time. They're definitely beginning to get somewhere. And with Will Smith, Reyes Moronta and Tony Watson still killing it in the bullpen, it could be a lot worse.

And if they didn't plan on competing, they wouldn't have engineered the gradual come-ups of Donovan Solano, Mike Yastrzemski, Alex Dickerson and Austin Slater, all of whom are KILLING IT after call-ups, and invigorating the tired long-standing starting lineup. There's more spontaneity in this lineup than there has been in years, and it's giving the Giants a reason to abandon their plan to sell and instead start buying a bit at the deadline...which is insane.

I so want them to keep this up. I know it'll be harder for them to find a voice within the insanity of the Wild Card race, but...I kind of want this madness to keep going.

Coming Tomorrow- Another young rookie just got brought up, so the odds are that this guy will probably be traded within the next 2 days.
Posted by Jordan at 10:32 PM
Labels: Custom Cards, diabolical schemes, Giants, Kevin Pillar