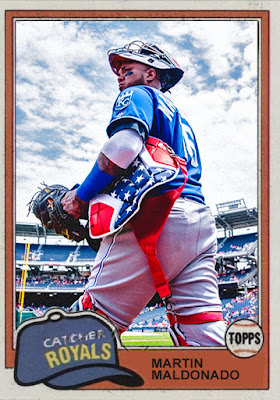 So...last night I told everyone to bring it, and...uh...they brought it.

A lot of players went in a span of 24 hours, turning this into a wild, live trade deadline after seeming positively dead for several days. I do think it was ironic that things didn't hit fever pitch until I landed in Cooperstown, NY, the supposed birthplace of baseball. It's almost narrative shifting.

Before I get into honorable mentions, and then my usual top 10, let's just congratulate the biggest names of this deadline season, including Noah Syndergaard, Madison Bumgarner, Zack Wheeler, Robbie Ray, Clint Frazier, Matt Boyd, Ken Giles, Hunter Renfroe, Kirby Yates and Alex Colome, who didn't get dealt. They may in fact be the real winners here.

Now, onto the honorable mentions:

-Martin Maldonado to Chicago for Mike Montgomery, THEN to Houston for Tony Kemp 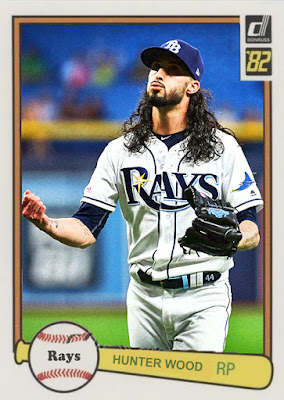 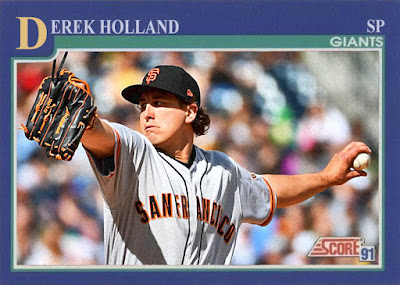 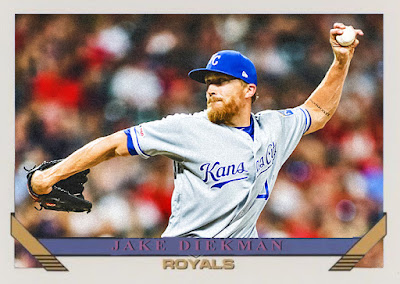 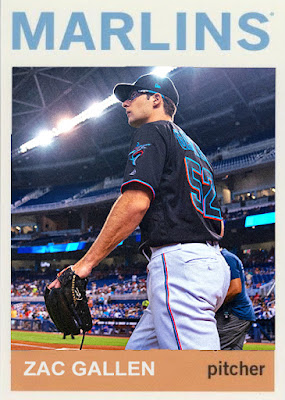 -Zac Gallen to Arizona, Jazz Chisolm to Miami (remind me to come back to this one in a year) 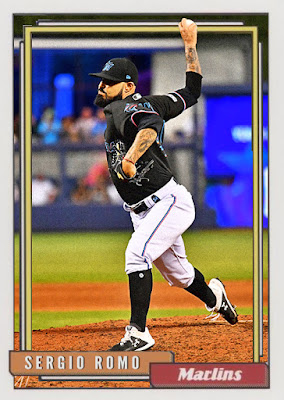 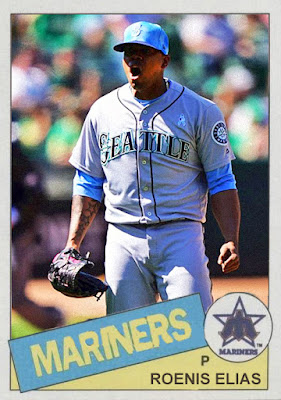 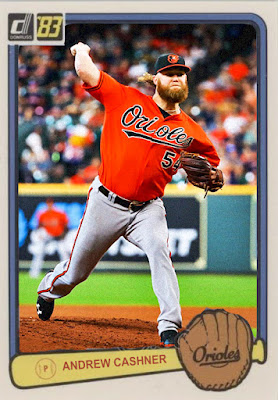 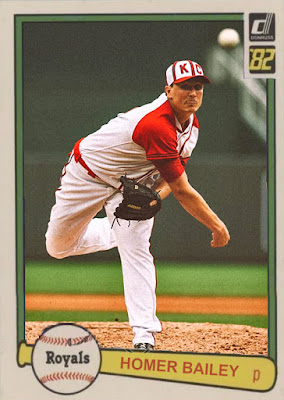 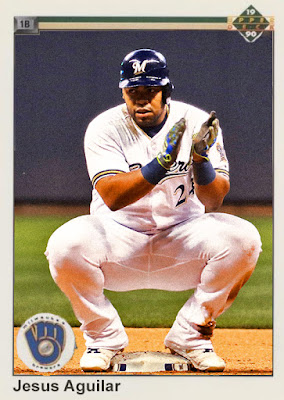 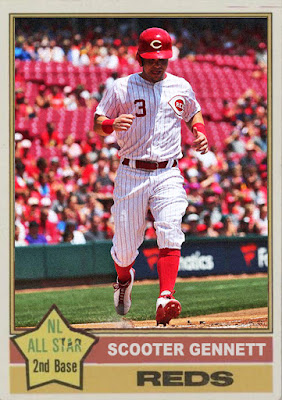 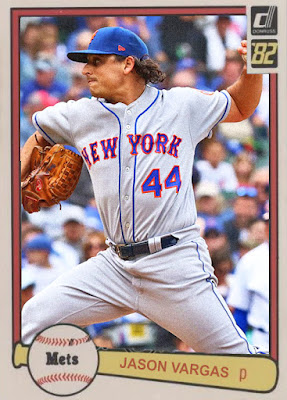 -Jason Vargas to Philadelphia, prospects to the Mets 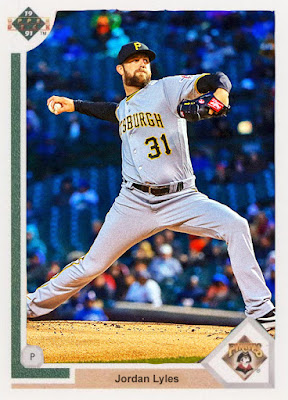 #10- Jordan Lyles to the Brewers, prospect to the Pirates.
How it Benefits Milwaukee: Jordan Lyles gave the Brewers stability in the bullpen last year, and was a crucial member of that playoff team. They now have Starter-Lyles, who has done extremely well in Pittsburgh, with 90 strikeouts in 17 games, despite some recent slip-ups. Lyles can work as a starter, and add to the dire-looking group of starters for the Brewers, and he could also contribute to the red-hot bullpen. This is the kind of two-way player the Brewers need now, and Lyles fits in some cool ways. 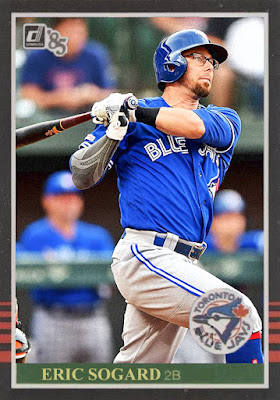 #9- Eric Sogard to the Rays, prospects to the Blue Jays
How it benefits Tampa: Gives them some serious NERD POWER. Brandon Lowe's out at 2nd, Wendle is struggling, and the Rays needed a sure thing at 2nd. Sogard gives them that, AND he can also play shortstop or third. Not only is he a jack-of-all-trades in the infield, but he's been on fire at the plate, and can be a Zobrist-esque contact bat throughout the year. Sogard, like Aguilar, fits SO WELL with the Rays lineup that I'm impressed. 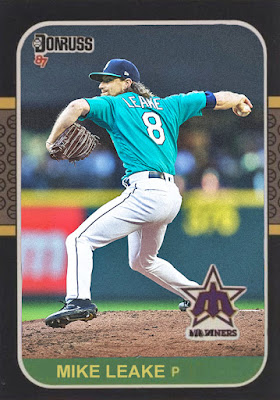 #8- Mike Leake to the Diamondbacks, prospects to the Mariners
How it benefits Arizona- I was initially skeptical on whether or not to include this on the list, because Leake going to a non-contender is a little anticlimactic...but then I looked back at it. Zack Greinke, as you'll see later, is gone. Robbie Ray, Merrill Kelly, Taylor Clarke and Alex Young are still in Arizona. Luke Weaver will be off the DL in a few weeks. And now Zac Gallen and Mike Leake are a part of that rotation. I imagine some pieces of this could be shifted to the bullpen or the minors, but...the top five pieces could be a DEADLY rotation. And Leake could be the ace, and fit very well into Greinke's shoes. This may not work for this season, but for the future? Damn. 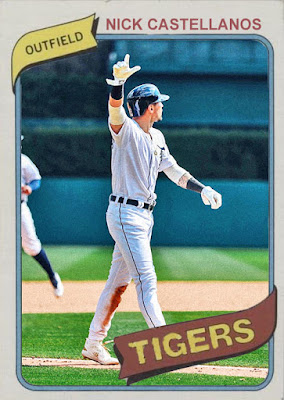 #7- Nick Castellanos to the Cubs, prospects to the Tigers
How it benefits Chicago: Well...Nick Castellanos can fit either in the outfield or at third, and while the Cubs' lineup is a bit crowded right now, Castellanos gives them flexibility. He's still an alright defender, and he's still a great bat. Now, does this mean someone like Almora or Schwarber plays less? Does this mean Bryant plays at 2nd base more? It's too early to say. But a guy like Castellanos could be pretty deadly in the Cubs lineup. 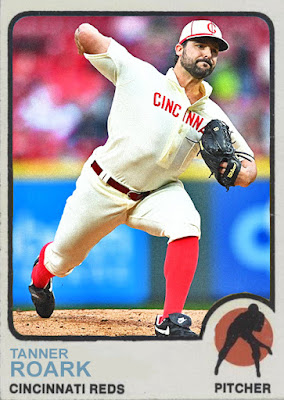 #6- Tanner Roark to the A's, prospects to the Reds
How it benefits Oakland: The A's may be the under-the-radar winner of this deadline, netting Diekman and Bailey from the Royals, and now Roark from the Reds. We are now looking at a rotation of Mike Fiers, Brett Anderson, Tanner Roark, Chris Bassitt and either Daniel Mengden or Homer Bailey. Add Sean Manaea when he returns later this month, and going into September we could have a strong, cohesive A's rotation. And Roark may challenge Fiers for ace duties, as Roark was damn near an ace in Cincy, and had a 4.24 ERA and 108 strikeouts. They needed a guy like him. 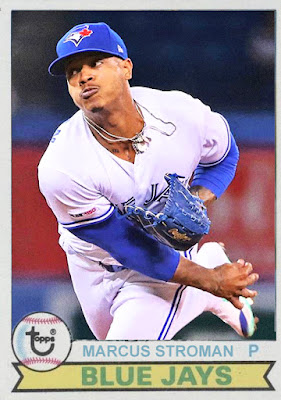 #5- Marcus Stroman to the Mets, prospects to the Jays
How it benefits New York: Well...seeing as the Mets kept their entire youth movement, and only lost Jason Vargas? It REALLY helps them. Because now they have a rotation of DeGrom-Syndergaard-Wheeler-Matz-STROMAN. And now they're all healthy, and we're just heading towards the last few months, WITH EDWIN DIAZ AS WELL. So that could be dangerous. Stroman is nasty when he's on, and he's been on all year, and the Mets will use him to his fullest. 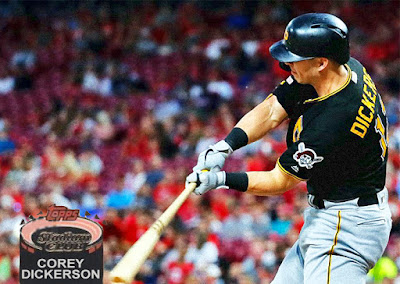 #4- Corey Dickerson to the Phillies, prospects to the Pirates
BET YOU NEVER THOUGHT THIS ONE WOULD BE SO HIGH!!!!
How it benefits the Phillies: The Phils have had an outfield problem all year. First Cutch gets injured, then Herrera gets suspended, then Bruce gets injured. We know Roman Quinn and Nick Williams aren't the answer, and as good as Adam Haseley is, he's definitely more of a backup. For right now, having Dickerson as an outfield bat AND an outfielder in general is a fantastic bet for the Phils. He's been hitting .317 since getting off the DL, he's been a contact-hitting hero in Pittsburgh, and...he's just likable enough for Philly. We may only use him for this fall, because Bruce and Cutch will be back soon, but...he's one hell of an upgrade 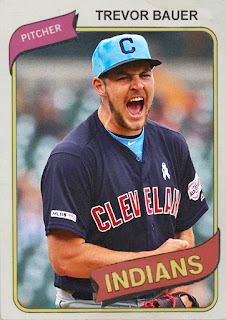 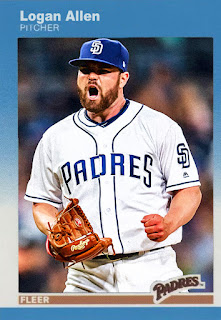 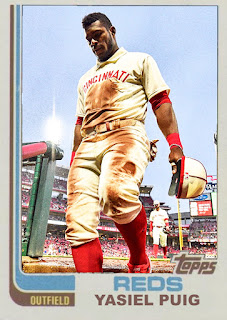 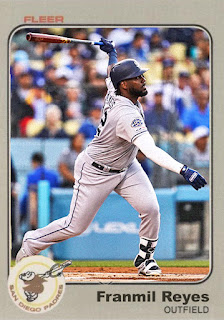 #3- THE MEGADEAL: Trevor Bauer to Cincinnati, Yasiel Puig, Franmil Reyes and Logan Allen to Cleveland, and Taylor Trammell to San Diego
How it benefits the Indians: So...the tribe won this trade. Just to be sure. They solved two of their main problems this year: they got a surefire outfielder for the foreseeable future in Yasiel Puig, and they got a guy who can be a permanent DH for them in Franmil Reyes. I do think they'll re-sign Puig as well. AND...they now have Logan Allen, who can be a decent starter option from now until Kluber and Carrasco's return. They got a windfall.
How it benefits the Reds: Luis Castillo, Sonny Gray and Trevor Bauer in the same rotation? That is some scary shit. I don't think it's gonna help them this year, but he will definitely guide them to some great seasons. 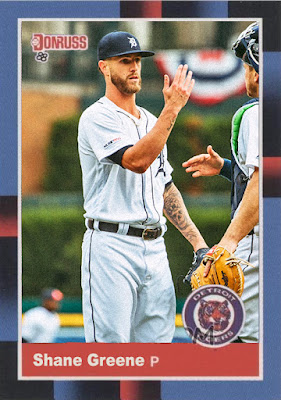 #2- Shane Greene to the Braves, prospects to the Tigers
How it benefits Atlanta: I'm gonna keep this very simple. The Braves desperately needed a closer. Now they have one of the best. It's really that simple. 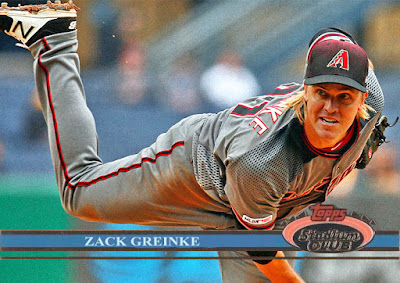 #1: Zack Greinke to the Astros, prospects to the Diamondbacks
How it benefits Arizona: As my dad said, 'the Astros just won the World Series'. The one 'okay' aspect of the Astros has been the very back half of its rotation. Collin McHugh and Jose Urquidy have been...human. The Astros cannot look human if they want to be the best, which they've flirted with being. So they need to take things to the next level. Verlander-Greinke-Cole-Miley-Urquidy...is not only the next level, it's the next game. Plus, when Brad Peacock gets back, he's gonna fit right into Urquidy's spot, and make it the single deadliest rotation in baseball. Greinke is among the best, and him on the Astros is...a game-ender.