The Painful Revenge of the Washington Nationals 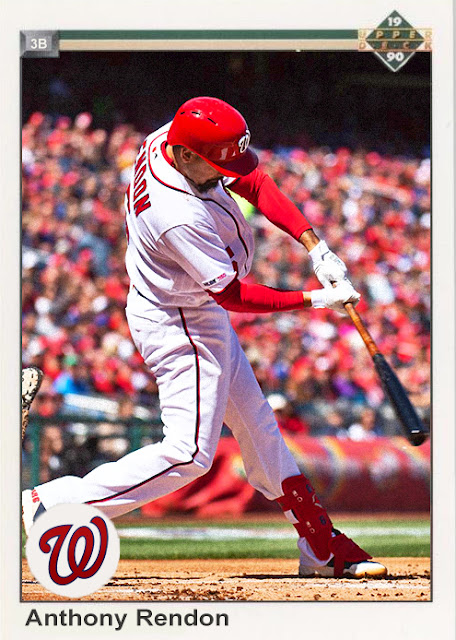 It figures that now that the Blue Jays have stopped being the team that inexplicably decides halfway through the season that they are, in fact, going to compete this year, someone else, particularly the Nationals, has decided to pick up the reins and keep doing that.

For the second year in a row, the Washington Nationals have overtaken the actually-competitive Philadelphia Phillies for second place, and are just sitting there, showing off, and looking foolish. I'm sick of this 'The Nats have been the best team in baseball since mid-May' shit, I'm sick of all this circumstance about a team that doesn't deserve it. And I just want the Nats to do what they began the season attempting to do, and that's finish in a modest third.

...and yet since May 24th, the Nats haven't lost more than two consecutive games, they've only given up more than 10 points twice since then, and they have three of the best pitchers in the NL on their staff.

Right now they're playing a series against the Phillies, and it's not going well for the latter. The Nats won the first game 4-0, thanks to some frightening work from the Phils' pitching staff, as well as RBIs from Victor Robles, Juan Soto and Ryan Zimmerman. The team is also benefitting from a comeback year from Howie Kendrick, another great season from Sean Doolittle, more hero-making work from Anthony Rendon, and the charming backup-catching abilities of Kurt Suzuki.

And yet, outside of that, the team is fairly standard. The bullpen's a bit dicey in places, Anibal Sanchez will have the occasional maddening start, and Ryan Zimmerman has mellowed out since 2017. Also, a number of the starters, like Yan Gomes, Matt Adams, Brian Dozier and even Trea Turner, aren't especially befitting of a competitive team. They're fine, but they're not playing well enough to justify the team's record.

I know I've said shit like this about the Blue Jays teams, but this is just a lucky team waiting for the other shoe to drop, and now that Max Scherzer's been placed on the DL, it might drop sooner than the Nats would like to admit. I really hope the Phillies can get their mojo back, and hopefully it can happen during one of these damn Nats series.

Coming Tomorrow- Well, folks...the Tigers are finally in last. Here's one of the reasons why.
Posted by Jordan at 8:09 PM
Labels: Anthony Rendon, Custom Cards, Jordan is mad today, Nationals