Everything You Know is Wong 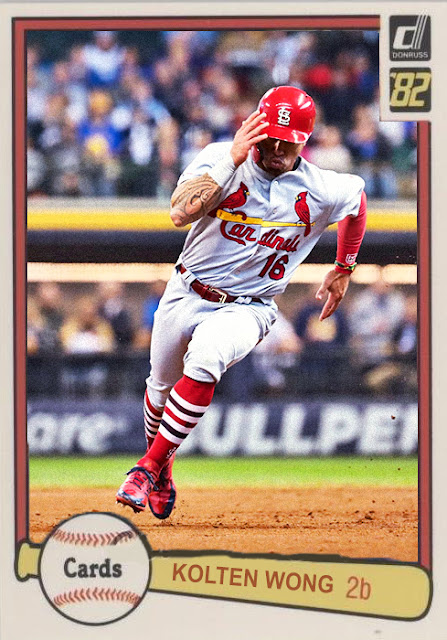 [A new music pun streak begins, because...I forgot about the one we had going when I wrote the earlier post]

Game of Thrones ended this year. You all know that.

The reason why people didn't like the end of this show is because when David Benioff and D.B. Weiss took over the writing responsibilities from George R.R. Martin, they had a vague idea about where to take the plot, which differed from what Martin had in mind. They had to take a story that had a beginning and middle that were so well crafted...and making an ending. So when the ending wasn't cohesive with what people wanted, people got mad because it seemed to lose the plot.

...what does this have to do with baseball, you might ask? Nothing, I just wanted to talk about TV for sec

...no, it does, it just...I don't wanna write this frigging post again

Once again, the Cardinals have wound up in first place. Why, when there are competent teams like Milwaukee and Chicago in the mix? Because life is cruel. And because baseball, like Game of Thrones, can occasionally lose the narrative and piss everybody off. It doesn't matter if the season started with the Brewers and Cubs being the stars. The Cardinals have the momentum in July, so I guess that means they're gonna run with it, and we're gonna get another goddamned Red Sox-Cardinals series, and...aughhh

Look...it's not that the Cardinals are bad this year. They're not. But the Cubs have 7 players over 2.0 WAR, the Brewers have 4. Cards have 3. DeJong, Wong and Goldy. With the exception of Goldy, they're not...carrying the team. They're not the big stars that make you go to games. They're just a pair of infielders who make good contact. If you're in first place, and you just have that, PLUS a 112-strikeout Paul Goldschmidt performance, you shouldn't be in first. I don't care who you are.

The Cards have lost 4 games since the ASG break, and with the exception of their most recent loss, they've all come at the hands of non-competitive teams, Arizona, Pittsburgh and Cincinnati. Their starters have progressed so that only Michael Wacha has an ERA over 5, but no one has an ERA under 3.50, and only Jack Flaherty has over 100 strikeouts. With the injury to Jordan Hicks, their only choices in the ninth are Andrew Miller and John Gant, who've given varying degrees of progress.

This is also a team without Matt Carpenter, Marcell Ozuna and Yadier Molina. So I doubt they'll be in first for long.

I don't know if this team is for real, but...with all the flaws, it's only a matter of time before the Cubs overtake them again.

Coming Tomorrow- So what if he's not pitching this year. He's still hitting like hell.
Posted by Jordan at 9:24 PM