What if the Brewers Aren't For Real After All? 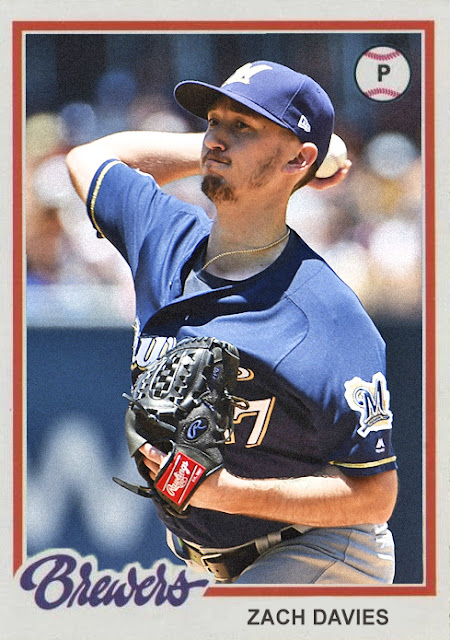 The Milwaukee Brewers have been insanely fickle this year. After spending a week or so at first, they'll be knocked back down to second thanks to the Cubs, and then repeat the cycle over there. But for most of July, the Cubs have just...been in first. They just have. And looking at the Cubs, it's easy to see why; their lineup's strong, their rotation's withstanding injury, and they've improved so much since the early games of April.

Whereas the Brewers have regressed.

It's become less evident with the return of Gio Gonzalez, but the lack of a substantial back half of a rotation has been glaring, with Jhoulys Chacin struggling, and the revolving door of Adrian Houser and Freddy Peralta not giving especially great results either. Having a solid trio of Brandon Woodruff, Zach Davies and Chase Anderson definitely helps, but even Anderson will have his off starts, as he's not the ace the Brewers banked on two seasons ago. And even Davies, with his 8-2 record and 2.79 ERA, only has 68 strikeouts, compared to Brandon Woodruff's 118. And as nice as Gio Gonzalez' start was, his showing yesterday leaves a bit to be desired.

You're also dealing with a team that's had to completely regroup the squad that made a name for themselves last year. Now Travis Shaw isn't hitting, and is in the minors, so their goes the hero figure they'd established in 2017. Also, Jesus Aguilar isn't hitting, and is losing playing time to Eric Thames, so there goes the hard-hitting first baseman they'd been trying to set up for 2 years. And Hernan Perez, their perennial utility-man, is now toiling in the minors after nearly being released. And it has to be frustrating that Orlando Arcia, who they've tried EVERYTHING with, still can't hit during the regular season.

There's enough of a solid lineup core that they can win games, and thank the gods that Christian Yelich, Mike Moustakas, Eric Thames, Yasmani Grandal, Ryan Braun (!) and Keston Hiura are all playing really well right now, but...for a team that's made it to the NLCS, and has retooled their team thusly, you'd think they'd have more things really working right now.

It's too early to say if they're planning on making a second-half push, but...I really hope so. This was a fun playoff team last year, and I'd hate to see them miss that chance this year.

Coming Tonight: He threw a no-hitter earlier this year, which was the exact thing he needed to turn his season around.
Posted by Jordan at 10:40 AM
Labels: Brewers, Custom Cards, Zach Davies