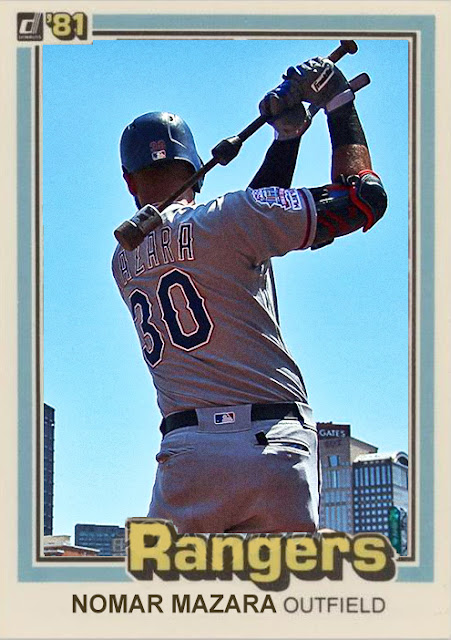 And we're back with the three-man race for 2nd in the AL West. Right now, sitting at 2nd are the Oakland A's, coming off a really nice week. Does that mean the usually-2nd-place Rangers are out of it? Probably not.

At this point, both the A's and Rangers are just inching slowly towards a wild card spot, one that's already being staked out by Cleveland and Tampa (what is this, 2013?), and they're both doing this despite being flawed, very okay teams that are still above .500.

The Rangers have finally gotten a working rotation, or Minor-Lynn-Sampson-Ariel Jurado-Jesse Chavez, and despite occasional shakiness, it's a complete rebound from last year's 'whoever can start a game is an option' plan. They've also completely settled on using Shawn Kelley in the ninth, and that seems to be working for them. And keeping the bullpen compact is probably a good idea, as a lot of the cast-off options seemed to have weighed them down.

The injuries could be problematic to this team, as they're keeping Hunter Pence and Joey Gallo from fulfilling ASG obligations. In the absence of Isiah Kiner-Falefa, the Rangers are forced to start either Jeff Mathis or Tim Federowicz at catcher, and neither are very good. And now they're trying to prevent the few other competent offensive leaders, like Shin-Soo Choo, Willie Calhoun and Nomar Mazara, from getting injured as well.

The problem for the Rangers is no longer inexperience and inefficiency: it's simply having enough luck to still compete. And I don't know if the luck is gonna stay theirs.