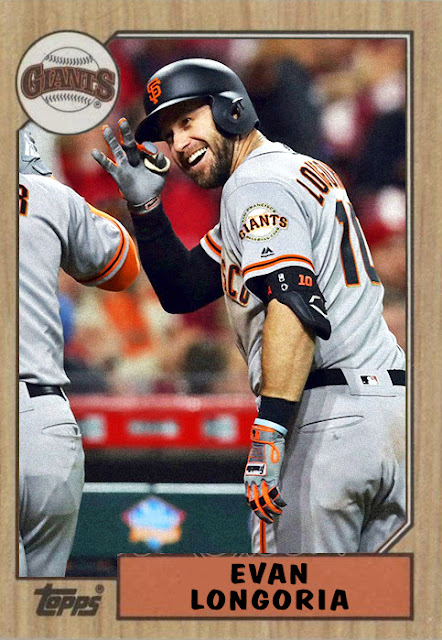 ...Picked a hell of a day to talk about the San Francisco Giants, didn't I?

Final score of today's Rox-Giants game: NINETEEN TO TWO. Proof that there may still be some life in this rusty old Giants lineup after all. Brandon Crawford had 2 home runs, and a TEAM-RECORD-TYING 8 RBIs. There was also RBIs to be had from (clears throat) Buster Posey, Joe Panik, Kevin Pillar, Brandon Belt, Mike Yastrzemski and Alex Dickerson. And a phenomenal start from a slightly-improving Jeff Samardzija.

I mean, one good game is just one good game. Remember, the Orioles started the season in 2nd place.  The Giants, if anything, have been a scrappy team that isn't gonna win many games, but has fun when they do. Look at Stephen Vogt, who's killing it as backup catcher. Look at Mike Yastrzemski, who just seems thrilled to finally be in the bigs. Look at Pablo Sandoval having his best season in years. Even if they're not exactly reaching for the Dodgers, they're still having a ton of fun.

Plus...they're only 4.5 games out of the wild card spot. Like...that NL WC race is tight as hell. All these teams you'd think would be out of it, like the Pirates, D-Backs, Rockies and Reds, are all gunning for it just like San Fran, so...stranger things have happened. The Giants still have a lot of talent around, and the question does remain whether they're gonna give the brunt of it away in two weeks or not.

Still...the wins, like today's, have got to be welcome there.

Coming Tomorrow- One of the many nobodies trying to make it in Baltimore.
Posted by Jordan at 8:39 PM