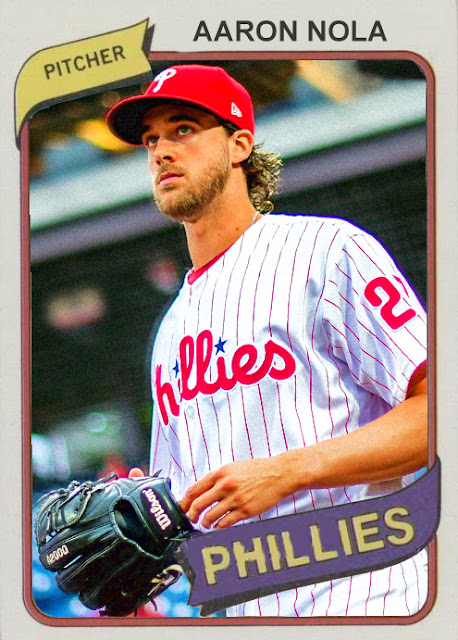 Remember...back in the preseason, when we got Bryce Harper, and the #1 criticism of the team was 'oh, so now we have too many competent outfielders, ha ha'

I miss those days. All our outfielders are either injured, slumping, or suspended for beating their wives. Thankfully we've landed on two, Harper and Kingery, who can play well, but that third spot is gonna be hard to fill over the next two weeks. I just hope Adam Haseley can get his average up, because starting Nick Williams when he's hitting .169 is NOT a good move.

It's hard to say shit about these guys when they actually still have a chance at the wild card spot, and are technically still competitive. Like, the Phils are after pitching at the deadline, and are gonna try to talk to Matt Boyd while they're in the motor city, or get some relief help or something. So they're still in the race, and they still want to compete, but...when the Nats are doing better than them, you know something needs to be done.

Look, thank god Aaron Nola has found his velocity, because I was worried the dream was over for him. Nola, like Chris Sale, was plagued by some nasty April starts, but has since doubled down and gotten back to dominance...which is nice, because we like having an ace, and Zach Eflin's not cutting it anymore. Nola's at 8-2, with a 3.77 era and 138 strikeouts, which is pretty nice. Yes, Gerrit Cole already has 200 Ks, but...that's cause he's insane.

The Phils have a two-game series against the worst team in baseball, and then they have to play the best team in the NL East. Talk about burning the candle at both ends. But I'm still optimistic that they'll be able to ascend the standings again, because...dammit, they deserve it.

Coming Tonight: After a middling start, and a loss of the team's two aces...is it too late now to say sorry?
Posted by Jordan at 9:16 AM
Labels: Aaron Nola, Custom Cards, Phillies