The Only Way is Up 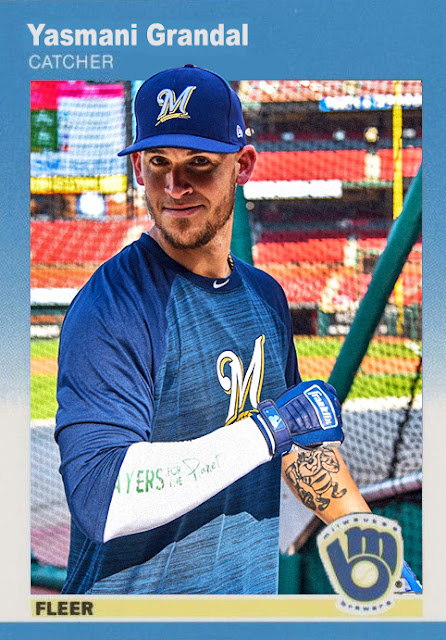 (Yeah, just for that I'm starting another music pun streak)

So...once again, the Brewers have made it to first place. How long they plan on staying there is entirely up to them.

The NL Central, which started as an 'anybody's division' kind of thing, has really boiled down to two teams: the Cubs, and the Brewers. Note that the Cardinals, Pirates and Reds are all within 7, but...judging by the fact that none of those teams have taken advantage of said slim margin, it may just be a Brewers-Cubs year. And both teams are pretty damn good, though I will say that the reason that neither one has gone into a runaway lead is because they both have some flaws.

The Brewers, for instance, still have one or two issues with starting pitching, as Gio Gonzalez is still on the DL, and the other starting options are people like Freddy Peralta, Corbin Burnes and Adrian Houser, who, while not doing poorly right now, aren't really ready to start. The core four of Woodruff-Davies-Anderson-Chacin is, while relatively strong, still missing just a bit of oomph.

Everything else is fantastic. Some purists might have been startled when longtime defensive mainstay Hernan Perez was DFA'd last week, but...seeing as Keston Hiura has been having a much better year, and is much younger, it's not a huge loss. Hiura's second promotion also comes on the heels of Travis Shaw's demotion, something that's been a long time coming this year. Hiura allows him and Moose to switch positions every once and a while, which is nice. And Eric Thames has finally overtaken Jesus Aguilar and his .206 average to take control of the first base position.

And look...if Ben Gamel is your bench specialist, and he's batting .265 with 49 hits, you could be doing worse.

Hell, the Brewers must be glad the Yasmani Grandal signing paid off, because I, and a lot of other people, thought locking the Yazmanian Devil down to a multi-year deal was a risk. Grandal has been consistent as hell with Milwaukee, hitting .263 with 18 homers, and giving them a veteran backstop presence that's been missing since Jonathan Lucroy left.

Not a lot this team's doing wrong as we head into the halfway point of the season. Hope they keep it up.