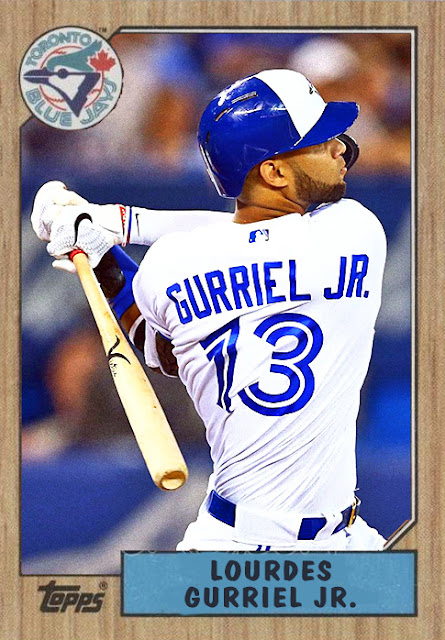 Well, it finally happened. The Blue Jays just plain suck this year. Yes, three years removed since the last playoff attempt, we've finally hit full circle with the Jays. Any remnants of the 2016 team might be gone in a week or two, as Stroman and Smoak might be trade deadline pickups for a contender.

It does help that the Jays have fully banked on their status as a rebuilding team. The big rookies are coming up, and Trent Thornton, Cavan Biggio and Vladimir Guerrero Jr. have all become integral parts of this team, while Bo Bichette seems to be in the wings, waiting. It's looking like the anchor of this team has become Randal Grichuk, in that he's the closest thing to Kevin Pillar, inconsistency included.

Although it does help that Lourdes Gurriel's bat has come alive in the last month, coincidentally at the same time as his brother Yuli's bat has in Houston. Not since the Uptons have we had this kind of simultaneousness going on.

Lourdes, who spent some of April and May in the minors, immediately got back to his old tricks once he was promoted, upping his average to .296, cracking 16 home runs (which is the team standard), and becoming the Jays player to watch that isn't a diminutive second baseman from Oakland. Gurriel is a great player for Toronto in that he can dominate as well as collaborate, and can share the spotlight with Vlad Jr. as his star grows over the next year or so. I do think he can eventually usurp Grichuk as the marquee player in Toronto, too.

This isn't a great Jays team for him to excel on, but it's a start.

Coming Tonight: Yes, it is finally time to talk about the team that's taken 2nd place from my Phillies for the second year in a row. And their great third baseman.
Posted by Jordan at 10:49 AM
Labels: Blue Jays, Custom Cards, Lourdes Gurriel Jr.