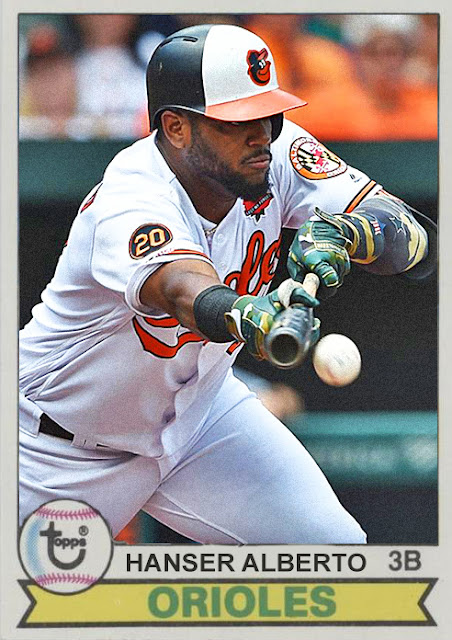 Here's how you can sum up the 2019 Orioles. Joey Rickard has been with the O's since 2016, and I just found out that he was traded to the Giants in June.

A guy you'd think would be an integral piece of the team left a month ago and nobody, not even the team that traded for him, cares.

Regardless of this team's...general effeteness (Andrew Cashner's only getting a slight upgrade, but I bet he's glad he got out), there has begun to be a few upsides to this team. For instance...Pedro Severino's only 25? I'd forgotten he made his debut in Washington at only 21. As shaky as his backup material was during their playoff runs, Severino seems to finally be a steady, reliable hitting catcher...which is something the O's weren't exactly LOOKING to stumble upon for cheap, but they'll take what they can get.

Guys who take a couple years to really come into their own seems to be the theme in Baltimore. Both Chance Sisco and Anthony Santander. Sisco's batting .265 with 6 home runs in 22 games, while Santander may be usurping Dwight Smith for a starting spot, batting .273 with 16 RBIs in 32 games. Neither of these two were any good last year, so it helps that they've...waited for the O's to be disappointing in order to start being great.

It's also amusing that the O's are embracing the opener method, and are starting less and less pitchers...and that's not just because they're running out of competent starters. They'll probably make up some reason, like 'we wanted to embrace the new and exciting method of using 20 relievers when...we're probably just gonna do that anyway when Boston scores 15 runs against us'.

So...not a ton of progress other than some younger highlights, but...I kinda wanna see who'll be left in August, and how they'll cope with that.