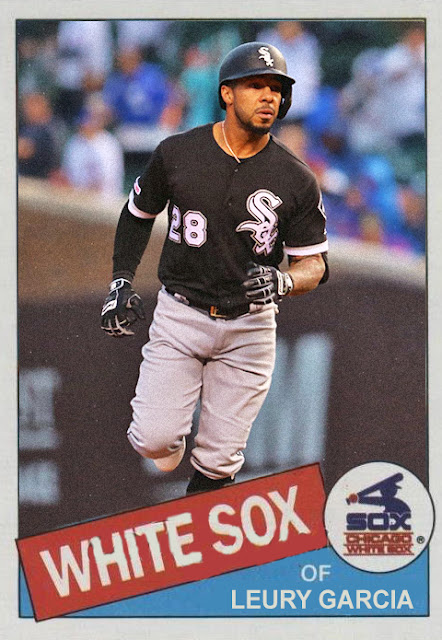 It's nice that the White Sox are doing alright now. It really is. But looking at this team, you just know that everything they're doing isn't for success now.

For instance, they just brought up Dylan Cease, who's their big pitching prospect. And he did alright. Went 5 innings, struck some people out, gave up some runs. Nothing mind-blowing, but...nothing awful either. But, Cease is 23, and if Lucas Giolito's year has taught us anything, it's that sometimes it takes a little time for people to come into their own. Imagine on-point Cease in the same rotation as on-point Giolito. I mean, hopefully Giolito's still in Chicago when Cease comes into his own, but that's intriguing.

It's also intriguing knowing that two of the best prospects in baseball, Luis Robert and Nick Madrigal, are just sitting in Birmingham, absolutely killing it and waiting for the call to the majors. I'm not exaggerating when I say that those two could be the next Sanchez-Judge rookie combo. Both can hit like hell, and both could save the White Sox in a couple years.

Now, will they come into a Sox team anywhere similar to this one? Will Leury Garcia, who's become a needed multi-instrumentalist this year, or Tim Anderson, or Jose Abreu, be sticking around to wait for the kids? Or will the kids be the new centerpiece of the team, and the competitive roster will be built around them? I'm learning towards the latter option, because I don't know how much longer a lot of these guys can wait. Some, like Alex Colome, could be gone in the next week.

That's honestly where a majority of the AL Central is. Just...waiting for prospects to pop up. Detroit's waiting for Casey Mize, the Sox are waiting for Robert and Madrigal, Minnesota's waiting for Royce Lewis. I mean, at least the Twins are good now, but...if I were the Tigers or White Sox, I'd seriously wonder how much waiting is really worth it, even if what they're waiting for could be really good.

Coming Tomorrow- It just feels good to see the Reds having such a good team that even the relievers are getting press.
Posted by Jordan at 9:42 PM
Labels: Casey Mize, Custom Cards, Leury Garcia, Luis Robert, Nick Madrigal, Tigers, White Sox