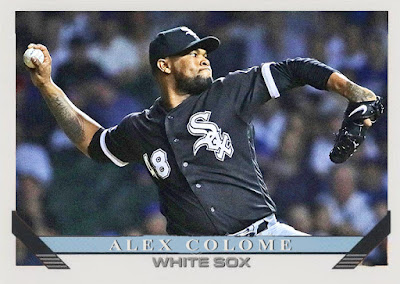 4 wins since the ASG break. Ughhh

I wanna be optimistic about the White Sox, because I have a feeling that this central core of Anderson-Moncada-Jimenez-Abreu is gonna get them places within the next few years. But...it's just not working this year. 3rd place under .500 is still under .500. One great starter doesn't compliment the existence of four other shitty ones. Having Alex Colome and Aaron Bummer throwing well doesn't save the rest of the bullpen from being meh.

So I imagine they wanna unload Colome. And I don't blame them, because Colome is still an elite closer, he still throws smoke, and he's still an impressive tool for any team, especially one that's competing, to have. The Sox ain't competing, so they're looking to trade him.

Only problem is we've got three more days til the deadline. And not just the soft, 'hahaha, seriously, don't trade anyone else but we won't enforce it' deadline. The hard deadline. And BECAUSE it's such a hard deadline, and because this is so important...people are holding out. They're not making moves, because they know that one will set off 20 others, and the people who want to leave aren't agreeing to things yet.

...sound familiar? Weren't we JUST going through this six months ago during the offseason? Aren't we TRYING to avoid things like this? I mean, remember, if you wait too long, people start scrambling, and the deals maybe aren't as well thought out as we thought they'd be.

So Colome is still on the market, but mainly because Edwin Diaz, Kirby Yates, Will Smith, Mychal Givens, Ken Giles, Shane Greene and Felipe Vazquez are all still on the market, and they're all just as good. And teams have four days to finish up those deals regarding acquiring them. Because...they couldn't just do any of that in the weeks leading up to the deadline, because the Royals are the only team who are actually taking this seriously.

Again, I could be challenging a hurricane, and the remainder of trade deadline deals could all hit one after the other, but...with four days left, I'm very concerned.

Coming Tonight: [sigh] Guess who's first in the NL Central now...
Posted by Jordan at 11:25 AM