The Return of El Nino 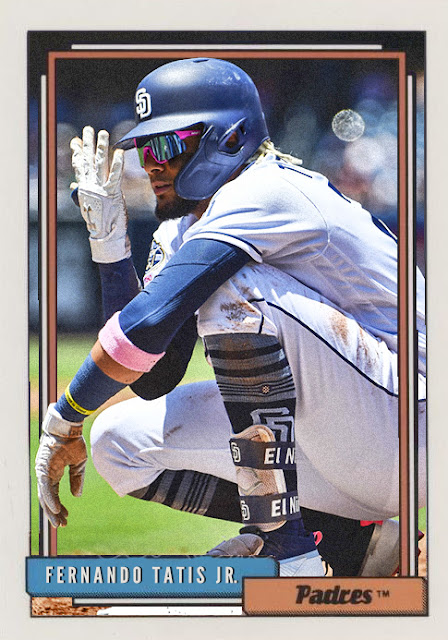 I wrote a post a few months ago about how the Padres were doing really well, and then Fernando Tatis went on the DL, and they weren't as good, and I was essentially saying 'without Tatis, this is what they are'.

Welp. Tatis has been back for a month, and the Padres are still in fourth. So much for that.

To this team's credit, they've accomplished more than any San Diego team in over a decade. They've set some records, with some half-year splits, from Franmil Reyes and his quick journey to 25 home runs, and Reyes, Machado and Hedges all having over 20 before the ASG break. They've also got a genuine Rookie of the Year finalist with Tatis, and another rookie that'll probably get a few ROY votes with Chris Paddack, plus the best closer in baseball with Kirby Yates, and a guy who's already made it to 100 hits before the ASG, Eric Hosmer.

For a fourth place team, that is a LOT of accomplishments.

And yet, a lot of things are letting the team down, like the bullpen, the back half of the rotation, and Ian Kinsler. As powerful as Franmil Reyes is, he's still not close to being a well-rounded player. As solid as Eric Hosmer's been at the plate, his defense is down. And as great as Matt Strahm's start was, he's now in danger of being moved back to the bullpen. A lot of this team is in flux, and a lot could change between now and September, especially if they keep losing.

In theory the Padres could rise back to the top of the NL West race, but it'd have to be for second place, as the Dodgers are so far ahead that nobody else in the division is over .500. So they'd be making a push to...essentially end with a medal. Which works, I guess.

Coming Tomorrow- Because baseball is cruel, this guy repeats as the AL's starting DH in the All-Star Game.
Posted by Jordan at 9:17 PM
Labels: Custom Cards, Fernando Tatis Jr., Padres