The Closer That Can't be Moved 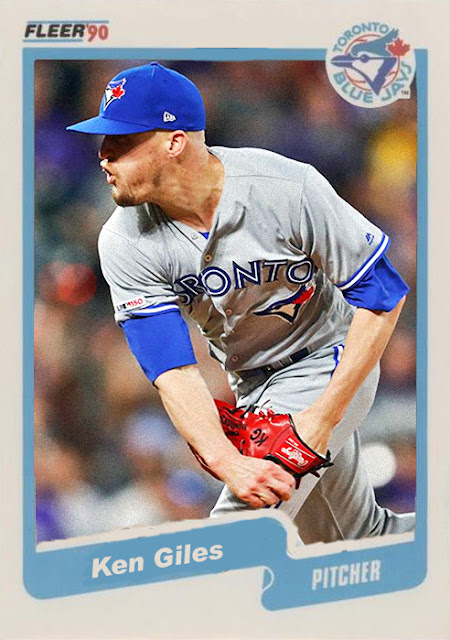 Look, it's kind of surprising to me that a closer this...fine...keeps being part of big blockbuster deals every few years. First he gets shipped to Houston for a couple of nobodies and Vince Velasquez, wins a World Series but everyone starts complaining about 'is HE the best closer for a team like the Astros?', and that complaining bogs down his 2018 numbers, they trade him for Roberto Osuna, and he suddenly figures out how to close games again.

And now the conundrum rears its ugly head again: Ken Giles figures out how to be a great closer again at the exact moment the Blue Jays decide he's expendable, and that he should be pitching for a contender. Which is the exact thing that made his numbers go down in the first place. So...what I'm saying is that...maybe Ken Giles doesn't want the Jays to trade him?

Not that this excuse worked for Marcus Stroman, but...Giles is Giles, and therefore not Stroman. But maybe Ken Giles' status as a fringe guy is enough to get him to stay in Toronto for the rest of the year.

....well, that and the fact that Giles has missed his last few appearances with elbow issues.

However, Giles may have figured out the way to avoid being dealt in the new, hard deadline era of baseball: just...be injured the week of the deadline. Teams generally don't deal injured players (except for Arodys Vizcaino apparently). Zach Wheeler's stock went WAY down when teams found out he was having injury issues, and even though he seems to be back now, teams are skeptical. Do they want to bank the rest of the year on someone who may not be healthy for it? It's what robbed the Phillies of a month of Wilson Ramos, the A's a week of Shawn Kelley, and the Indians of all but 2 days of Leonys Martin.

So...if Ken Giles isn't able to throw by Wednesday, he could stay on the Jays for the rest of the season, continue to be a trusted closer, and end the year with numbers he's proud of. So maybe not being traded could be the best thing that could happen this year.

[Also, since this is a Blue Jays post as well, I have to get this in: Bo Bichette's gonna be awesome]