The Stars are Out: Stranger Things Edition 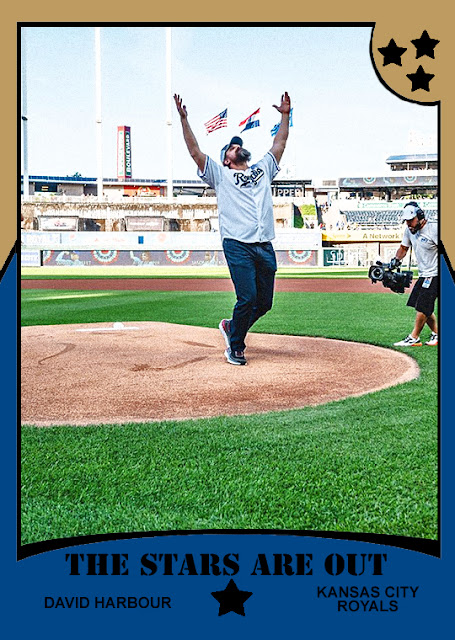 I know we've got an America to celebrate, but...you see, the new Stranger Things season comes out today, and I kinda wanna talk about that.

No, don't worry, it still has to do with baseball!

You see, Stranger Things' popularity has been insane, as it's only a 3-year-old show, and already it's become a pop culture monolith, with clothing, accessories, action figures, mugs, etc., all being sold at like Target and accessible stores. Plus, in those three years, almost every MLB stadium has begun Stranger Things night promotions. Most franchises have to wait years to get their own 'theme night' promotion from the MLB, but Stranger Things had one after 3 years. And the teams get as into these promotions as they would Star Wars, with tie-in swag coming from most of these promotions.

Plus, seeing as it's an American show with a fairly accessible cast, a lot of the cast members have been throwing out first pitches at ballgames. Hell, David Harbour essentially went on tour, pitching at a bunch of stadiums throughout the union over the course of a few weeks. He was photographed at a Royals game, which I think is the closest to his personal fanbase (he's also a Big Slick guy, I think). 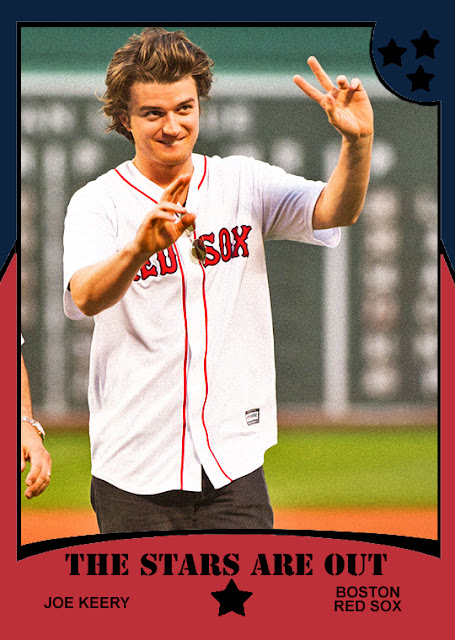 But, as this is a show about young people, they actually got some of the younger cast members to do some first pitches as well, like Joe Keery, who plays the occasionally lovable Steve Harrington, and who just got a lot less lovable considering he's a Red Sox fan. 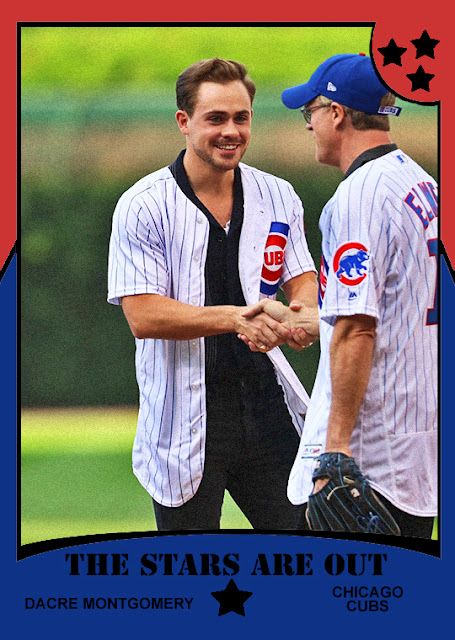 And then we have Dacre Montgomery, who plays the mean, relatively villainous Billy. Fun fact: I knew him from the crappy Power Rangers remake before he was in Stranger Things, so whenever he showed up in the show, I went 'the hell's Red Ranger up to now?' 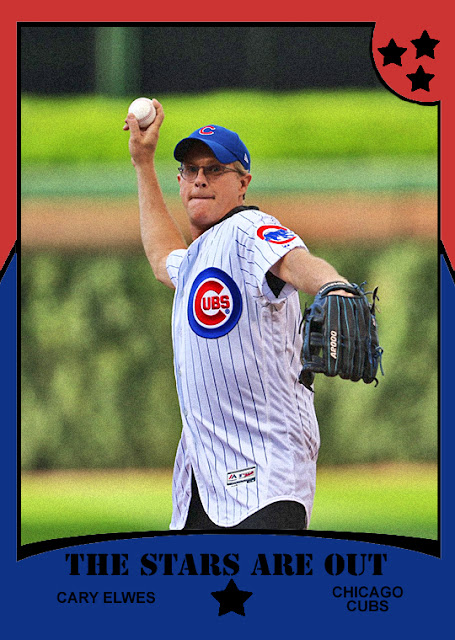 Cary Elwes is on Stranger Things this year, as the mayor. And seeing as Dacre Montgomery was doing a first pitch at Wrigley, Cary Elwes went along. Why? Because he's a friggin legendary character actor? Because at least someone in the audience will recognize him from something? Because he's played Robin Hood, he's fought in the Civil War, he's been in several Hayao Miyazaki dubs, he was in the original Saw, he fought for a child's attention with Jim Carrey, he's fought Dracula, he's battled a Twister...

Oh, yeah, and he was Westley in the Princess Bride. Yeah, I should have opened with that.

Anyway, he's a favorite of mine, and of course he's gonna be great in Stranger Things, and I'm glad I got to make one of these of him, even if it's like my umpteenth Cubs SAO one.

So, that was fun. Happy 4th of July, and if you're watching Stranger Things, hope you enjoy it.
Posted by Jordan at 2:19 PM
Labels: Cubs, Custom Cards, Red Sox, Royals, Stranger Things, The Stars are Out