The Mariners' 2019 So Far, and Why it Makes Pefect[ly Zero] Sense 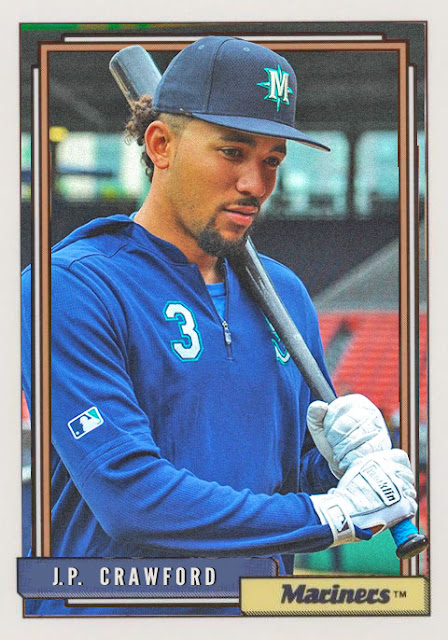 So, this is the bit that's perplexed the hell out of me:

This past offseason, the Mets traded Jay Bruce, Jarred Kelenic and a few other young players to the Seattle Mariners, in exchange for Robinson Cano and Edwin Diaz. Diaz was the big piece of this trade. He'd been the biggest closer in the AL for Seattle, and the Mets knew the Phillies were chasing him, and wanted to make sure their division rivals didn't end up with the loot. So they got rid of their big contract, Bruce's, got Cano and Diaz.

ON THE EXACT SAME DAY, the Mariners traded Jean Segura, Juan Nicasio and James Pazos to the Phillies, in exchange for J.P. Crawford and Carlos Santana. So, they're trying to prevent the Phils from getting one of their big players...and yet the same day, they trade Segura, one of their biggest players, DIRECTLY to the Phils. Which...doesn't make a lot of sense.

But they've at least stopped Santana from playing for a competitor, which is exactly why...they traded Santana to Cleveland the VERY NEXT WEEK, in exchange for Edwin Encarnacion. Santana promptly rejoins his old lineup, gets back to hitting like hell, and makes the ASG team as a starter.

The season starts, and out of everyone they traded for, the ones that start in the majors are Edwin and Bruce. Both start the season by hitting a ton of home runs. The team gets up to 1st place by the strength of Mitch Haniger, Dan Vogelbach, and Edwin and Bruce. Things are going well.

...and then the bottom falls out, Haniger gets injured, Yusei Kikuchi blows some starts, Bruce starts striking out a shit-ton, and the Mariners plummet to last. So now, the M's must make some rash decisions.

First, they trade Jay Bruce to the Phillies. If you're an eagle-eyed reader, you've sensed a theme here. The Mariners began the season forbidding themselves from sending any of their good players to Philadelphia. Bruce is the second. And already at this point, Segura's one of the team's best hitters. Now Bruce joins the Phils, he stops striking out, becomes an offensive giant for the Phils, and now the Mariners look like fools.

And then, they take Edwin Encarnacion, who is leading the league in home runs, and trade him to the New York Yankees for basically nothing. So now your team is missing two of its best hitters off the season thus far, and you've given your best home run hitter to the team that is hitting all the home runs. Now you're just letting people go for the hell of it.

There's a political metaphor I could use here, except I enjoy having an audience.

Right, so...to sum up, the Mariners got a ton of good players at the offseason, traded them all away, and ended up benefitting two competitive teams as well as stocking the ONE TEAM THAT AGREED NOT TO TRADE THEIR BIG STARS TO.

I guess you can say that it wasn't all bad for the M's? Because there's one remnant from the trades that's still in Seattle, and that's J.P. Crawford, who started the year in the minors, eventually made his way up because he'd taken an extra year to figure out how to hit in the majors, and is now hitting .277 in 40 games, and pushing Tim Beckham to first base. That is progress, and I can definitely say that Crawford is one of the more interesting players on that roster. But is he worth losing [clears throat] Edwin Diaz, Robinson Cano, Jay Bruce, Juan Nicasio, Carlos Santana, Edwin Encarnacion, Jean Segura and Anthony Swarzak?

Looks like it's gonna be a long wait to see when Jarred Kelenic can be called up.

Coming Tonight: The Yankees were reportedly interested in trading for this guy. Considering how many strikeouts he's capable of, I'm not necessarily opposed.
Posted by Jordan at 11:51 AM
Labels: allow me to explain why this pisses me off, Custom Cards, J.P. Crawford, Mariners, this trade makes no sense, WHAT ARE YOU DOING???