Team in A Minor 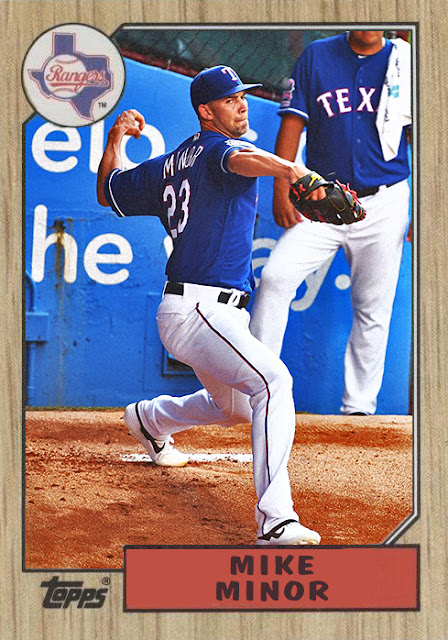 I kinda love Mike Minor's career renaissance. I dunno why I've championed the 'starter who comes back after a prolonged period of time and is still awesome' thing, like Scott Kazmir and Rich Hill, but Mike Minor may be the best version of this yet, because right now he's better than he ever was with the Braves. Like, his best season in Atlanta was a 13-9 year in 2013, with 180 strikeouts.

And what's Minor on pace for now, in Arlington? Well, he's got an 8-5 record, a 2.86 ERA, his lowest as a starter (he had 2.56 in relief in 2017 with Kansas City), and he's leading the AL in complete games and shutouts...because nobody does complete game shutouts anymore. He and Lance Lynn have finally brought some substantial pitching to Texas for the first time since Darvish and Hamels left. He also helped them get to a nice point in early July to secure three ASG nods...despite the team collapsing immediately after that.

So now, as the Rangers will probably be selling, Mike Minor is a trade target. Which is a great thing to say in 2019. But, a guy like that, who's pretty much the Rangers' ace, is attracting attention from people like the Yankees, and he'd be an awesome fit for us...but would it be the best fit for him? Or would be better off someplace like Milwaukee or Philly, where he could be a trusted member of a rotation without being relied on too much. Minor's done fine as a relied-upon ace, but if he didn't have Lance Lynn he'd be spread very thin, as he was during the second half of last year.

And what would the Rangers be without Minor? Assuming Lynn sticks around, which he probably will, they'd go with a rotation of Lynn-Sampson-Jurado-Chavez-probably-Joe-Palumbo. Which is fine for now, but would have to really be retooled in the offseason. I don't think this team will be completely handicapped by Minor's leave, as they still have a kickass lineup filled with several people they'd never get rid of (Andrus, Gallo, Choo, Odor).

And if it turns out that Minor sticks around, maybe the Rangers wind up back in the AL West race, and subsequently the Wild Card race. Bottom line is, either way, Mike Minor has a legitimate shot at the playoffs. I just think he's better off leaving than staying.

Coming Tomorrow- More proof that great things happen to players that get the hell out of St. Louis; this guy gets a starting catching job!
Posted by Jordan at 8:03 PM
Labels: Custom Cards, Mike Minor, Rangers