Is There Anything the Dodgers Can't Do? 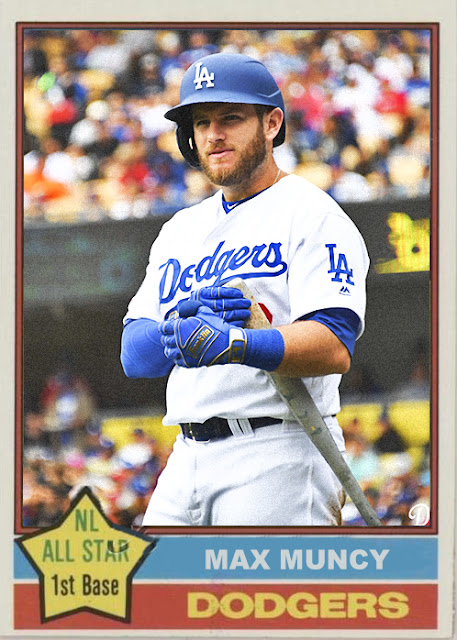 I was...sort of at a Phillies game the other night.

I say 'sort of' because me and a friend were there for a few innings, it rained, the delay lasted an hour or so, and we left before the game re-started because he had work the next day. But it was a fleeting glimpse at one of the toughest lineups in baseball, those nasty Los Angeles Dodgers. My friend, who's not a huge baseball guy, was amazed at the fact that there were only two players in the lineup, Enrique Hernandez and Russell Martin, who were batting under .250, and that everybody else had a ton of home runs.

I kinda wish I could have seen more of this team. I mean, obviously they did end up winning that night, because...look, Nick Pivetta's on the mound, what d'you expect is gonna happen, but I didn't see any feats of offensive strength in person. Bellinger and Muncy walked. Maeda pitched two solid but quiet innings. Pederson struck out. I mean, the Dodgers came alive after I left, but...I wish they could have done something while I was there. I blame the rain.

I do think I am eventually gonna see firsthand how awesome this LA team is, because something tells me this core group is gonna be around for a while. They're definitely gonna be able to wrap up people like Buehler, Muncy and Bellinger, and they're gonna build a solid core that'll withstand the eventual wave of vanishing contracts. What intrigues me about this team is that even the guy's they're bringing up to work the bench, like Matt Beaty, Will Smith and Edwin Rios, are all pretty much MLB-ready, and are just waiting for crevices into the madness.

Martin, Hill, Freese and Ryu will be free agents next year, and Turner, Pederson, Hernandez and Pedro Baez will be free agents in 2021. That means either a lot of other free agents will be pasted over those holes, or, and this is probably more likely, the kids waiting in the still-strong farm system are gonna come up, repopulate this team, and make them contenders well into the 2020s.

I still think the Dodgers could win a World Series this year. Knowing who they'd probably have to play to get one (awkwardly scoots away), it may be tough, but...they might be tougher.