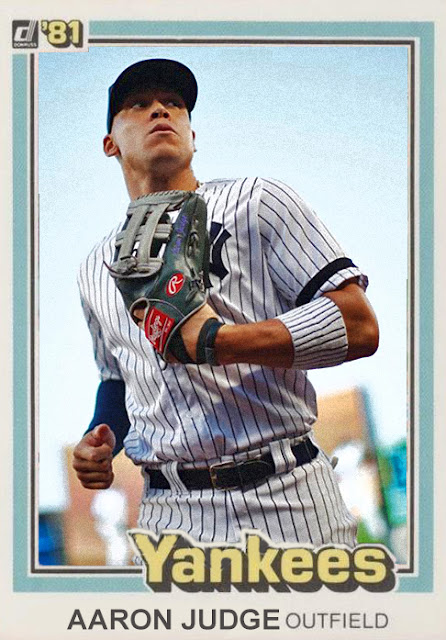 ...you know how the Nationals have been bragging nonstop that they've been the best team in baseball since May 15th?

But you don't see them bragging about it everyday on Twitter. Because...well, they have enough to brag about as is.

Here's something else: the Yankees have the best W/L ratio in baseball, better than the Dodgers. They have the lowest amount of losses in the majors. All of their starters have a positive W/L ratio, and none of them have an ERA higher than 5.

And they are doing this without Giancarlo Stanton, Luis Severino or Miguel Andujar.

The most important part is that despite missing a month and a half due to injury, Aaron Judge has returned to New York fully intact, and is hitting .304 with 10 home runs, which is not a bad truncated first half. The biggest part of this is that the Yankees don't need to rely exclusively on Judge anymore; they've developed a spread-out offense where Gary Sanchez, Gleyber Torres, DJ LeMahieu, Edwin Encarnacion, Didi Gregorius, Luke Voit and Aaron Hicks can alternatively plug in material. It's not a one-horse show, though it arguably never was.

And the outfield combo of Judge-Hicks-Gardy, with occasional contributions from Mike Tauchman, still really works, even without Stanton (and Ellsbury but screw him at this point). You still get great innings out CC Sabathia even in the last innings of his HOF career. Domingo German has finally become a trusted starter. Zach Britton and Adam Ottavino are still untouchable in relief. So much on this team is going well that I really hope we're not peaking too early.

The Yankees are lucky enough to still be awesome right now, despite everything that's happened. And I really hope they can keep rolling like this.

Coming Tomorrow: Bringer of Rain, still making it pour in Atlanta.
Posted by Jordan at 9:59 PM