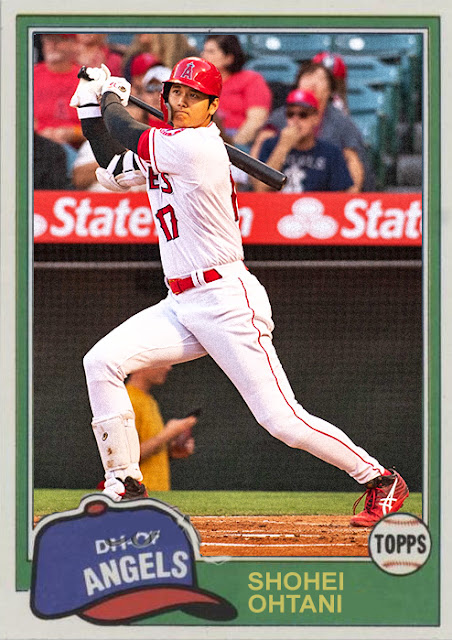 The AL West picture is shifting so fast that now the Angels have more of a chance at the wild card than the Rangers, who seemed to be just as streaky as I'd initially thought they were. Even still, both the Rangers and Angels are far removed enough from the race that, unless they pull a huge come-up, we probably won't be talking about them in October.

But with glimpses we've seen of greatness in the Angels...there is still a chance.

I mean, the Angels rotation has completely caved in on itself. Which, without being crass, is what happens when you start deciding which of your starters don't get to be starters anymore. Cahill, Pena, Barria and Cole are better doing long-man work out of the bullpen? Fine. See if you're still saying that after Heaney gets injured, Harvey gets DFA'd and Tyler Skaggs...well, you know. Now, Griffin Canning's the only literal starter on the roster. Yes, Jose Suarez is trying as well, but even he's not there yet.

It's really the lineup that convinces me we may have something here. Because even with Tommy La Stella on the DL, it's clear that they've found something. An outfield of Trout, Kole Calhoun and Brian Goodwin/Justin Upton has been pretty airtight. An infield of Pujols, Luis Rengifo, Simmons and David Fletcher has been strong, even with Pujols seeing more defensive time than he should. Kevan Smith has had a standout year as catcher since Lucroy went on the DL.

...and Shohei Ohtani is proving he's not a fluke by getting back to his old tricks, with a .288 average and 15 home runs in 69 games. Yes, it'd be nice if we were also seeing him pitch this year, but I do think it's better that we're getting some production from him at the plate than seeing none at all. Besides, he's establishing that he could do this for the rest of his career, which is a nice thought in LA.

The Angels may not amount to anything this year, but the lineup is giving me a millimeter of hope. Just a little bit.

Coming Tonight: As we wait for more trade deadline deals, a reminder that Toronto threw in the towel A WEEK INTO THE SEASON, by sending one of their marquee guys to San Francisco...which is looking pretty wise in retrospect.
Posted by Jordan at 9:32 AM
Labels: Angels, Custom Cards, Shohei Ohtani