Could The A's Do It Again? 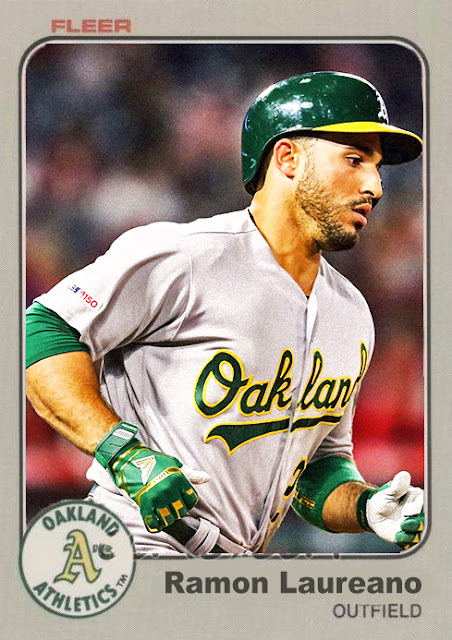 Around this time of year last year, the A's realized what they had, and what they could do, and they went on a tear.

I'm gonna put a disclaimer in here, because I feel like my support of the A's last year was a little hypocritical, seeing as a lot of teams that do a worst-to-first sort of comeback over the course of a season, like the 2015 Blue Jays, or any team that tries to make a run at first despite not being around last for a while, like the Cardinals or Red Sox, get yelled at by me...because I don't like those teams. Whereas the A's, which I like, are fine with doing exactly what those teams did.

So I guess I do have a bias. I know a lot of you figured that out years ago, but...guess it's mind-blowing now.

Anyway, the A's. They came back from a last-place finish, went to a Wild Card game, lost to the Yankees...and then everyone said 'the A's will finish in third or fourth in 2019', and I was motioning to last season, going 'does this mean nothing to you?'

...And for a while, the sportswriters were right, and the A's kinda moped along, getting by on the same low-budget team from last year, but without a lot of the spark. They still had a few of the trade-ins from the deadline, but Mike Fiers took a month or so to really find his spark, Fernando Rodney tanked out and had to be sent to Washington (I am sensing a theme about where Oakland sends relievers, btw), and everyone else had left. And some of the new contracts were either injured, like Marco Estrada, or just...okay, like Robbie Grossman.

But then...things began to pick up slightly. The A's are starting another tear, winning 8 of their last 10 games, which is the kind of stat they had right before LAST ASG break, and the little pieces are coming together. Aside from Matt Chapman, who is this team's rock, we're getting a boost from Matt Olson's bat, some fantastic consecutive starts from Fiers, some top-notch relief work from Liam Hendriks (who deserved the hell out of that ASG nod, btw), and some of the best defensive outfield play from Ramon Laureano.

I also love that the pitching staff has lost Sean Manaea and Jharel Cotton to injury, and Frankie Montas to a suspension, and the rotation is STILL good. Guys you wouldn't think would be bringing it, like Chris Bassitt and Brett Anderson, are getting it done. You just want things like that to happen to your team.

I want them to keep it going, because I'd love them to steal a Wild Card spot from someone like Cleveland or Tampa. It'd be fantastic.

Coming Tonight: The single hottest rookie in baseball that happens to be the son of a former major leaguer. No, not that one. Or that one. Yeah. Yeah, that one.
Posted by Jordan at 10:20 AM