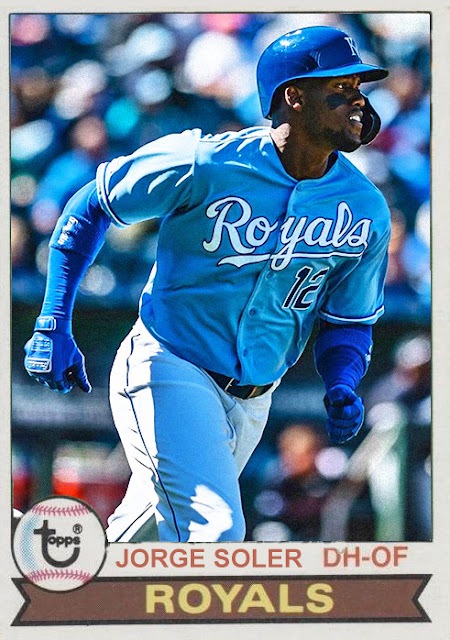 Once again, I keep having the best timing on writing these posts about shoddier teams.

Last night was a rare triumph for the 2019 Royals, who've recently been gaining an ounce of steam, and by that I mean they're no longer in last (because the Tigers exist). This was an 11-0 victory against an alright White Sox team, featuring a COMPLETE GAME SHUTOUT by Glenn Sparkman, slowly becoming a notable name in KC, and featuring offensive feats from Whit Merrifield, Hunter Dozier, Alex Gordon, Bubba Starling, Cheslor Cuthbert and Billy Hamilton.

Like with the Giants, I have to ask...does this mean the Royals are for real?

...No, of course not. They're the Royals. The unloading process has already begun, as Homer Bailey is already in Oakland, and you can imagine that Ian Kennedy, Billy Hamilton and Jake Diekman are all gonna get traded fairly soon. But I'm not thinking that the core of the lineup (Dozier, Mondesi, Merrifield, Gordon) is gonna get moved, because they're all in for a few more years. So by the time we get to August, only some of the pitching is gonna feel really depleted (imagine me saying that 3 years ago about a post-Homer-Bailey rotation anywhere).

Still, even without Bailey, we have a rotation of Danny Duffy, Jakob Junis, Brad Keller, Sparkman and Jorge Lopez...which honestly could be a lot worse. Plus, if Hamilton goes, they can either pull Soler into the outfield, as he's already a mainstay at DH, bring Jorge Bonifacio back up, or just make Bubba Starling a starter, which...I'm not sure if that's still gonna be a good idea once the haze from his debut dies down.

Bottom line: the Royals might not be as bad as we once thought. True, they're not exactly competitive, but...they're not as drastic as they were earlier in the season.

Coming Tonight- The ultimate 'will they/won't they' question of the deadline: will the Pirates trade this guy?
Posted by Jordan at 10:56 AM
Labels: Custom Cards, Jorge Soler, Royals