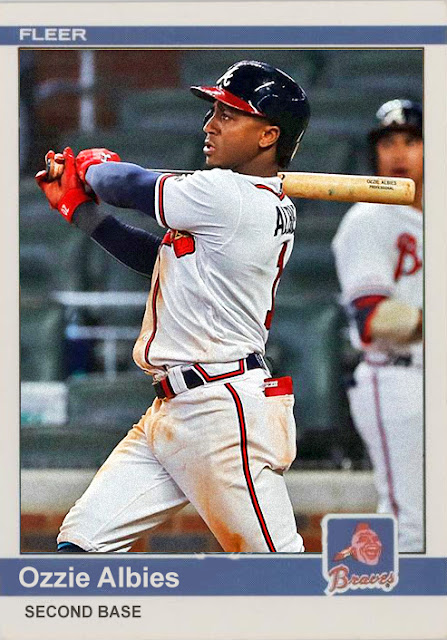 It's another fine month at the top for the Braves. The second-place Phillies are 6.5 games behind, and reeling from two straight losses to the Miami Marlins. Any other competition has been successfully placated, which is nice, because that didn't happen until September last year.

Perhaps is because this Braves team is better than last year's? It's hard to really get that across, because the one highlight of the 2018 squad, the pitching, has been diluted by this year. I personally thought that the Braves signed the wrong 2019 offseason free agent hold out. Their bullpen has been a source of frustration for many fans, and the lack of solid, consistent options like Brad Brach and Arodys Vizcaino has sent many of these arms into a tailspin. Thankfully the addition of Anthony Swarzak has helped things immensely (fun fact: the Seattle Mariners have been responsible for the three most major trades of the deadline season this far), and a closing man like Luke Jackson has helped things progress immensely.

The rotation is...getting there. I don't think a ton of help was needed, as the trio of Max Fried, Mike Soroka and Julio Teheran has been masterful, but with Folty and Gausman injured, they've struggled to close those last two spots. Dallas Keuchel has had some starts, and...it's become clear that he's lost a little of the composure he found late last season, and a return to glory may take a bit more time. That final rotation spot might belong to either Sean Newcomb or Bryse Wilson, depending on which one can figure out how to start games the quickest.

And then there's the lineup, which didn't need any help to begin with. Josh Donaldson has the lowest batting average with .252, and yet he has the team's fourth-highest WAR with 2.2. McCann and Markakis tie for the lowest amount of home runs with 8, and yet McCann is part of an impressive defensive catching platoon with Tyler Flowers, while Marky is on pace for another 180 hit season.

I can only imagine this team will become a real contender once they add some people at the deadline. I don't know if the Phils will be able to catch these guys this year.

Coming Tomorrow- The Twins' marquee star, thankfully having to do a lot less work to get wins this year.
Posted by Jordan at 8:57 PM
Labels: Braves, Custom Cards, Ozzie Albies