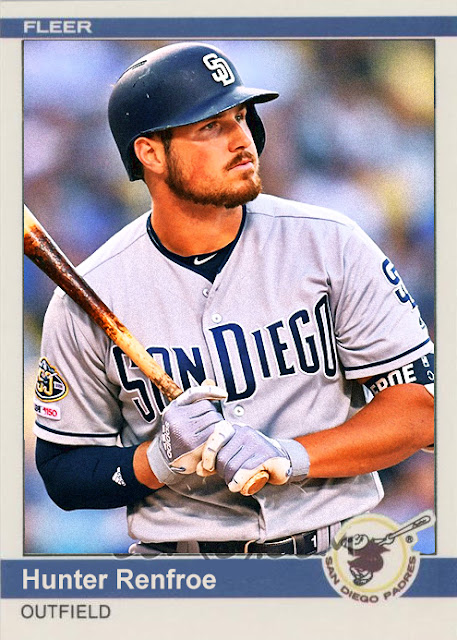 So the first-half mojo that propelled the Padres through a strong start in April and May? Yeah, that hasn't lasted especially long, seeing as the Padres are currently back in last. Which is exactly why they beefed up their roster in the first place.

I mean, what's the issue here? Is it the inexperienced pitching? Not really- Chris Paddack, Cal Quantrill, Joey Lucchesi and Eric Lauer are all doing pretty well, even if adding Dinelson Lamet to the fold hasn't exactly helped (that Morejon kid looks good though). The main problem is the lack of bullpen options, as most of them are dropping out due to injuries, and more options, like Kirby Yates and Craig Stammen, might be gone soon anyway. Do YOU want a Padres team where Trey Wingenter is your best option in the ninth? Me either.

The real problem might be too many people who are paid to hit not giving great overall numbers. Eric Hosmer's been a disappointment in San Diego, Margot and Reyes' numbers are still lacking in well-roundedness, Ian Kinsler's cold, Wil Myers has 109 strikeouts, Austin Hedges STILL can't get it together, and rookies like Francisco Mejia and Luis Urias are still struggling. For a team that seemed to have it in April, the Padres seem to have absolutely nothing figured out now.

The only good things to have come out of this season in San Diego seem to have been the Machado-Tatis combo...and Hunter Renfroe, who's come from a bench position to lead the team in home runs with 28, and lead all non-Fernando-Tatis Padres in WAR with 3.0. This may be a Chase Headley case where he gets lucky for one year, but...at least somebody's doing well for them, especially now, at their direst point.

I don't know if this means the Padres end in last, but...I really hope not.

Coming Tonight- That big Tampa rookie everyone was treating like he'd been in the league for years.
Posted by Jordan at 9:47 AM
Labels: Custom Cards, Hunter Renfroe, Padres