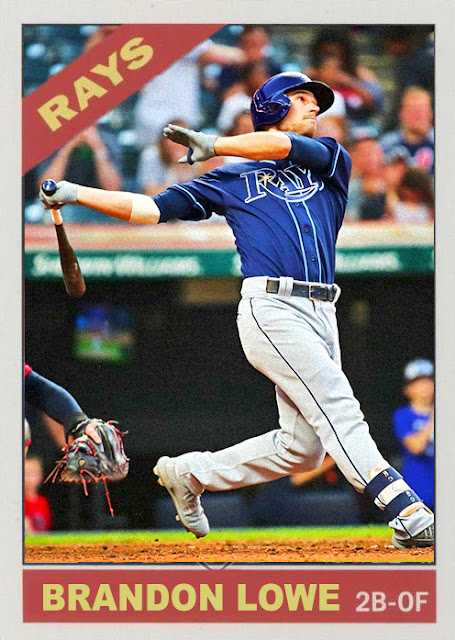 I get the sense that a lot of the Tampa Bay Rays this year are guys that didn't make it in the majors immediately. Brandon Lowe had a quiet rookie year last year, Tommy Pham bopped around before making it in 2017, Meadows was traded halfway through his rookie year, Yandy Diaz was a backup infielder, and Blake Snell struggling before his 2018 Cy Young year.

So that's why it's so important that all of them are working right now. Because there's a solid foundation being built by a bunch of players that haven't worked in other places, or for better teams. Sort of like a baseball version of the Guardians of the Galaxy: apart, they're meek, but together they're unstoppable.

Plus, with Lowe, Meadows and Avisail Garcia leading the team, the rookies that are coming up are actually doing well enough to fit with this team, like Mike Brosseau and Nate Lowe, or Brendan McKay and his tricky pitching material. Hell, even people that usually get injured, like Mike Zuni...okay bad example- TRAVIS D'ARNAUD! He's doing great! He just hit 3 home runs against the Yankees, so we're not on great terms, but he's still having his best season since I erroneously called him one of the best catchers in baseball.

The only issue with the Rays right now is the injuries, which are hitting Ji-Man Choi, Kevin Kiermaier, Ryne Stanek, and...yes, and Brandon Lowe. And even without these guys, the Rays are slipping fast and in a series with the red-hot Red Sox. So...if the bubble's gonna burst, it might happen this week.

Coming Tomorrow- Darling you go to let me kneaux
Should I stay or should I geaux.
Posted by Jordan at 9:57 PM