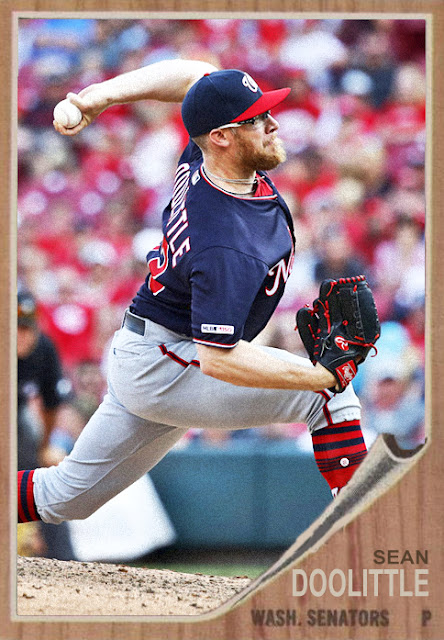 Yes, more with the Nationals. What fun.

The Nats are still in second place in the NL East, have a handle on a Wild Card spot, and are trying to push the Phillies out of the narrative. Granted, they're not as pompous as they were a few weeks ago because they've lost some games. But they have Scherzer back now, which means they have a Scherzer-Strasburg-Corbin-Sanchez rotation where they're all playing well. Which is definitely a start. That fifth position seems to be problematic, but...they're holding it open, so either they're just gonna bring up Fedde again or they're a trade brewing.

But if you look at everything else, it's not really too spectacular. Yes, Sean Doolittle is a force to be reckoned with in the 9th, but aside from that, the bullpen is pretty forgettable. Yes, Fernando Rodney's playing better than he was in Oakland, but is that really saying much? Matt Adams, Brian Dozier and Yan Gomes all have starting spots, and none of them are really doing anything with them. Gerardo Parra, Howie Kendrick and Kurt Suzuki are all better choices for their respective positions, and they're stuck on the bench.

You also look at this team, and you don't see a lot of power, especially after Harper's gone. Rendon has the most homers with 22, and he seems to be the only one here shooting for a 30-home-run season. Everyone else is really just a contact hitter who's gotten lucky, like Juan Soto or Victor Robles. Plus, they have guys like Jake Noll and Carter Kieboom who are KILLING IT in the minors, but can't seem to get a damn thing done in the majors, so they're stuck with what they've got.

So...even if they are kind of hot, they're still a very flawed team trying to make a name for themselves. In other words, they're the new 2016 Blue Jays. Which means this may not go well for all involved persons.

Coming Tonight (?): He's one of the best closers in the game, and he might be traded by the time I actually get to posting his custom.
Posted by Jordan at 9:06 AM
Labels: Custom Cards, Nationals, Sean Doolittle