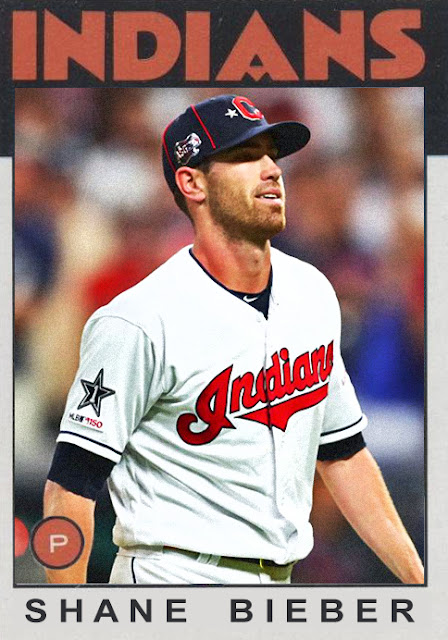 Look, if the Nationals are gonna play the 'WE'RE THE BEST TEAM IN BASEBALL SINCE MID-MAY' schtick, then the Indians should do theirs: they've lost 8 games since June 14th. And they've been rolling like hell ever since.

I'm not exactly sure what made this team click after a few months of okayness. They're still without Kluber and Carrasco, and really all they've done is drop some loads like Leonys Martin in favor of rookies like Oscar Mercado. Plus, somehow, in the last month, Jose Ramirez has figured out how to hit for contact again, and is getting his average back up again. And while it's still very much the Santana and Lindor show, getting utility guys like Jordan Luplow and Mike Freeman into the mix is a solid idea.

Plus, Trevor Bauer has stepped up in a big way since the departure of the aces, on his way to 200 strikeouts within his next few starts. And Shane Bieber has been just as impressive in a full year of MLB play, with a 9-3 record and 156 strikeouts in 20 starts. If Bauer leaves, which is looking more and more likely, and Cookie and Kluber are still gone, Bieber could be a fine ace for this team. Plus, they still have Adam Plutko, Mike Clevinger and Zach Plesac starting some stellar games, so...once again the rotation isn't an issue.

Hell, even the bullpen, the thing that arguably stopped Cleveland from making it far into the postseason last year, is amazing this year. That says something.

It's gonna take a week or so more of this momentum in Cleveland, and possibly some more losses from Minnesota, and the AL Central battle will really be on. I'm excited to see how it shakes out, as well.

Coming Tomorrow- A guy part of a rotation that sounded great in theory, but is FINALLY beginning to rise past its potential.
Posted by Jordan at 9:47 PM
Labels: Custom Cards, Indians, Shane Bieber