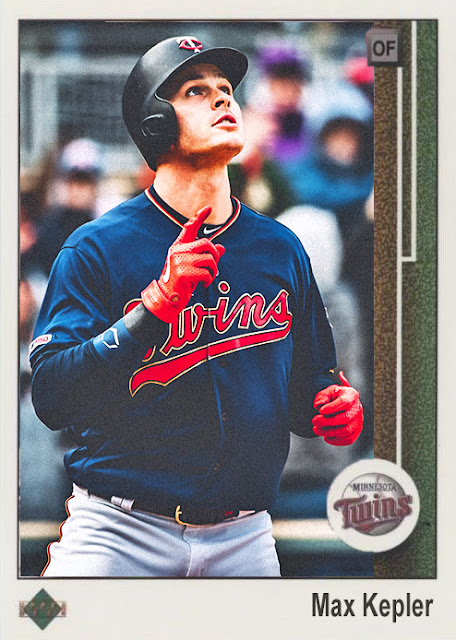 So, back with the Twins. Since June they've been acting a bit more human, losing more games, performing...like a regular ballclub.

I mean, the Twins have still usurped the Yankees as the home-run-hitting leaders of baseball, which is expected when you have Miguel Sano, Eddie Rosario, Max Kepler, Nelson Cruz, Jonathan Schoop, CJ Cron and Mitch Garver on the same team. Everyone has over 13 home runs in the lineup except Byron Buxton. Miguel Sano has the least RBIs with 25, but he's only been here for 47 games and is just now getting hot, so it's fine.

This is also the best season yet for Max Kepler, who's had his highest average yet with .260, his most homers with 23, and some good RBI numbers with 60, a team high for people who are not Eddie Rosario. He's proven in the past few years that he can be a trusted asset, but this season he may be more than just a Twins standout; he might be establishing himself as a legitimate hitting threat for the MLB in general, which is nice. Germany could use some good press.

They've also figured out the pitching situation, with a retooled bullpen and Taylor Rogers as closer, and...the potential to get more assets before August. They've also balanced the rotation, with Berrios, Gibson, Odorizzi and Perez all doing equally great, and Pineda slowly regaining his control as well.

This is a solid playoff-ready team, but it's gonna take some retooling and momentum to get to where they should be in October, and they're gonna have to figure out why they've been losing so many June and July matches. I do think the Twins could rock the postseason if given the opportunity, but they need to get to that point.

Coming Tomorrow- His team may be wobbling through the wild card standings, but at least he's finally become a trusted starter for them.
Posted by Jordan at 9:26 PM