Your 2019 All Star Game Starting Lineups

I do this every year. I went the extra mile and made customs specifically FOR the All Star Game this year. So let's do this.

Just imagine we're in Progressive Field, right before we go on, and it's getting real:

Leading Off, the left fielder, from the Milwaukee Brewers...CHRISTIAN YELICH! 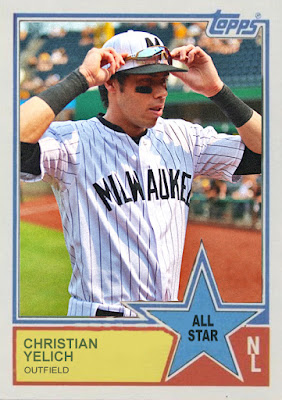 Batting second for the NL team, and playing shortstop tonight, from the Chicago Cubs...JAVIER BAEZ! 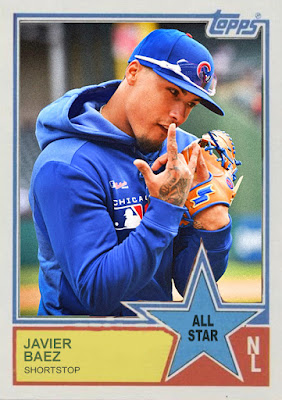 Third in the lineup for the National League, the first baseman, from the Atlanta Braves, FREDDIE FREEMAN! 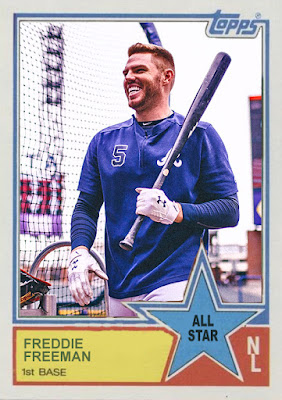 Batting cleanup for the NL, the right fielder, from the Los Angeles Dodgers...CODY BELLINGER! 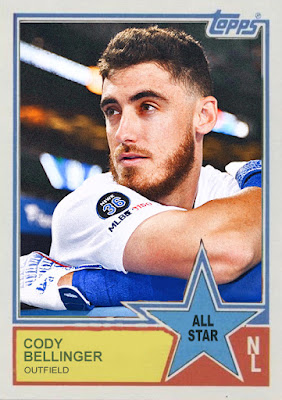 Fifth in the lineup tonight for the NL, the third baseman, representing the Colorado Rockies...NOLAN ARENADO! 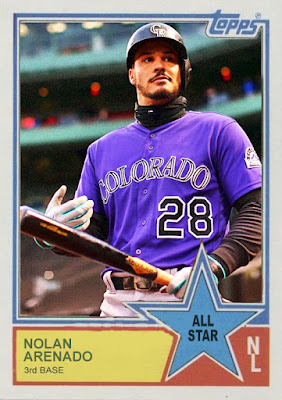 Batting sixth, the designated hitter tonight for the NL, from the Pittsburgh Pirates....JOSH...BELL! 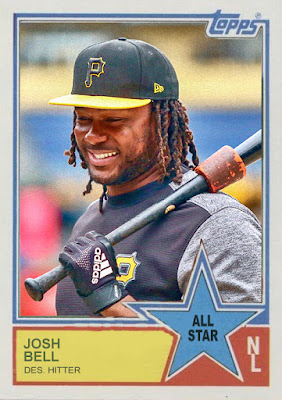 Seventh in the lineup, and catching, from the Chicago Cubs...WILLSON CONTRERAS! 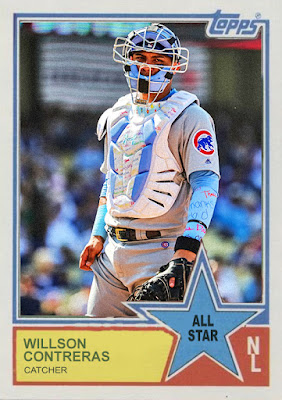 Batting eighth for the NL, the second baseman, from the Arizona Diamondbacks...KETEL MARTE! 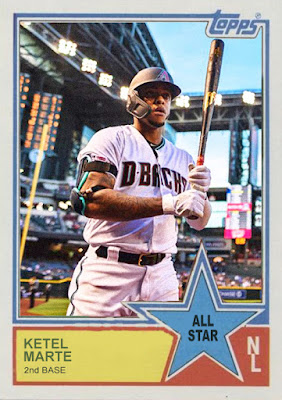 And batting ninth for the National League, the center fielder, from the Atlanta Braves...RONALD ACUNA JR. 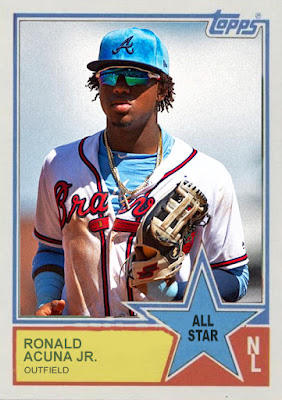 And warming up in the bullpen as we speak, the NL's starting pitcher tonight...from the Los Angeles Dodgers...HYUN-JIN RYU! 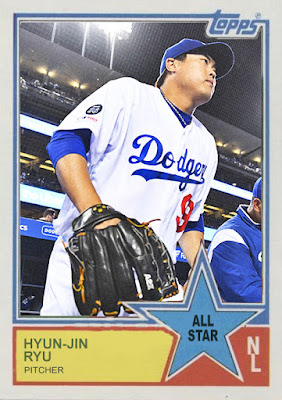 Leading off for the AL, the right fielder, from the Houston Astros...GEORGE SPRINGER! 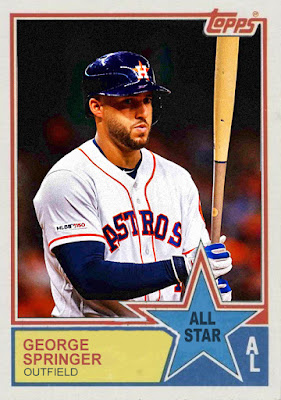 Batting second for the American League, and playing second base tonight, from the New York Yankees...D.J. LEMAHIEU! 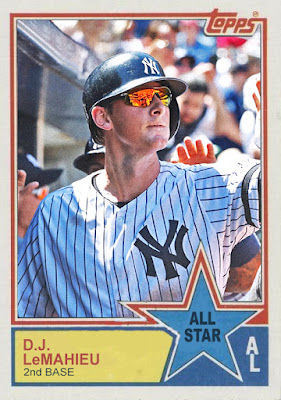 Third in the lineup for the AL, the center fielder...from the Los Angeles Angels...MIKE...TROUT! 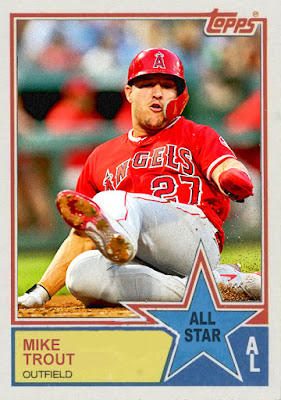 ...AND BATTING CLEANUP FOR THE AL
[cheers start]
THE FIRST BASEMAN, FROM YOUR CLEVELAND INDIANS...CARLOS...SANTANA! 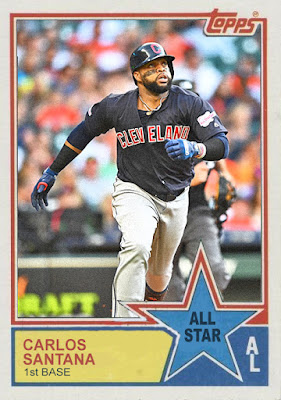 Batting fifth, the designated hitter for the AL, from the Boston Red Sox...J.D. MARTINEZ! 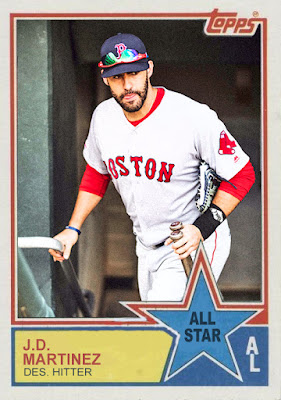 Sixth in the lineup tonight, and playing third base, from the Houston Astros...ALEX BREGMAN! 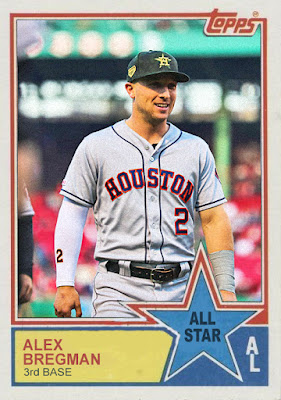 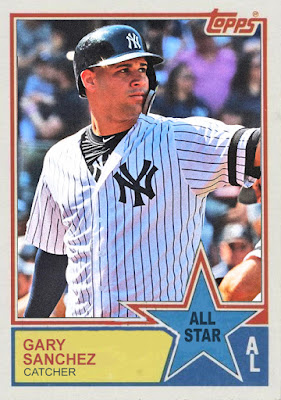 Batting eighth tonight for the AL, the left fielder, from the Houston Astros...MICHAEL...BRANTLEY! 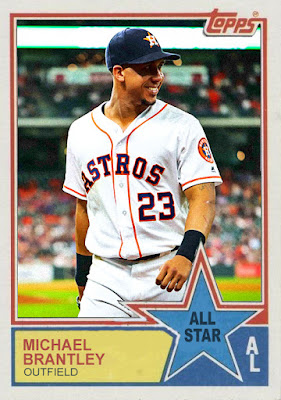 And batting ninth for the American League, and starting at shortstop, from the Minnesota Twins...JORGE POLANCO! 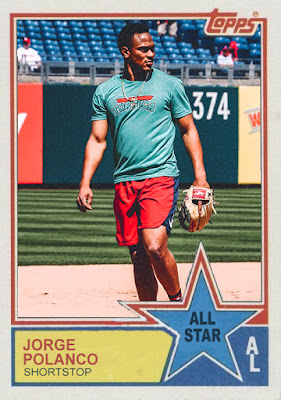 And warming up in the bullpen for the AL, our starting pitcher, from the Houston Astros...JUSTIN...VERLANDER! 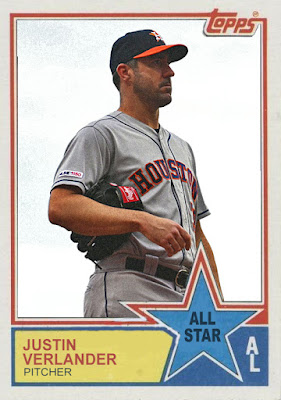 So, those are our lineups. Let's have one hell of a game.
Posted by Jordan at 7:09 PM
Labels: All Star Game, Custom Cards