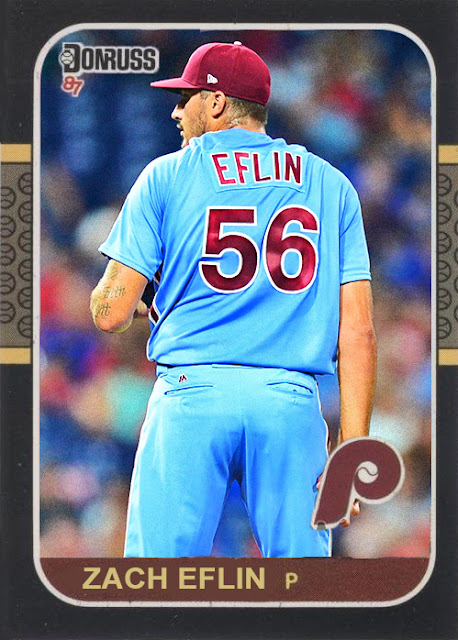 How do we go from first-and-rising to second-and-only-sending-one-guy-to-the-ASG? Because we're the Philadelphia Phillies, and this is kinda what we do this decade.

I mean, as good as that May start was, I could see it crumbling afterwards because nobody was really going above-and-beyond as excellent pieces. Everybody was doing just...alright, even the guys with high WARs like Rhys Hoskins and Andrew McCutchen. The team was relatively okay, but they were all in sync, and on the same page, which was more than I could have said for most other teams in May. The Braves, however, were far and away the better top-to-bottom team, and took advantage of the okayness in Philly by taking 1st.

So, what does that leave the Phillies to do? Just...stay in second long-enough to cause some ruckus down the road.

The Phils are still a good team, and are still above .500. They've improved their bench, if anything, since losing out on first, adding Brad Miller and his .300+ average, and promoting a Roman Quinn performance that has yet to fully take effect. But after somebody bought a bamboo plant, they started winning games, and everyone rallied around that, so...really, what's gonna keep this Phils team alive is just flukey, streaky luck things like that.

And look, as sad as I am about the Cutch injury...the Harper-Kingery-Bruce outfield is actually pretty awesome. Like, Bruce's bat, which was largely absent from his Seattle run aside from homers and striking out, has been a bit more accurate in Philly, and Kingery has FINALLY figured things out at the plate. Plus, in the absence of Jake Arrieta's May numbers, we still have great starts from Aaron Nola and Zach Eflin, both of whom have lowered their ERAs and boosted their strikeouts.

So, while this team does occasionally concern me, especially with the Nationals right on their tails, I still think these Phillies could stay alive as an NL spoiler. Besides...they can still take some from Atlanta even at their weakest, as made clear by what's going on in the ATL right now...

Coming Tomorrow- His two compatriots are injured, and his team needs an ace. Boy, his team is lucky that a guy as powerful as him is their third starter.
Posted by Jordan at 8:54 PM
Labels: Custom Cards, Phillies, Zach Eflin