Most Surprising Impact Players of 2019 So Far 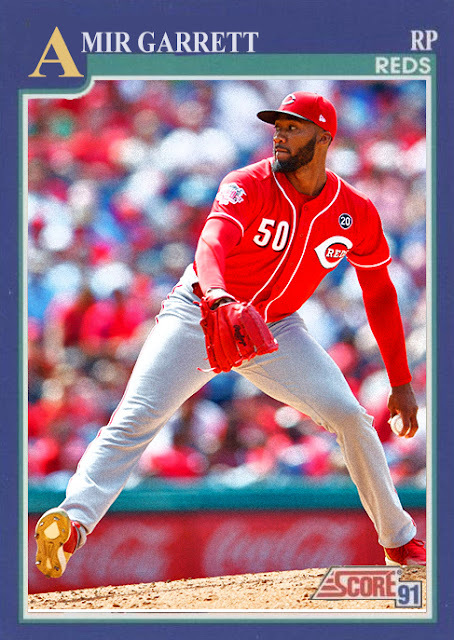 Yeah, the second half of the season technically starts tonight, but it starts with one game, so...I can do another half-year retrospective post while I have time.

This has already been a pretty nice season, and like usually, 2019 has been good at throwing in some unexpected shit in places we weren't expecting.

So, team by team, I'm gonna go over the most unexpected impact player on each team. By impact player, I mean someone who wasn't expected to be a part of the conversation that is now RULING it. This has several criteria, but I'm mostly going by something I really couldn't have said when I went over the projections back in March.

Angels: Ty Buttrey. A guy who made only 16 appearances last year has become one of the most valuable relievers in Anaheim. Would have gone with Hansel Robles, but his numbers are a little less consistent. Buttrey could be a good piece if and when the Angels decide to compete.

Astros: Wade Miley. It's not that we all thought that he was done per se, but after 16 starts at the end of last season in Milwaukee, I don't know if a lot of us were really convinced that Wade Miley was really back-back yet. Well, he's sporting a 2.4 WAR, his highest since his 2012 rookie season, and he's on track to join Verlander and Cole atop the leaderboards in Houston.

A's: Liam Hendriks. As sneaky as he's been this year, his past inconsistencies led me to believe that a year like this wasn't exactly possible. Other than 2015, his ERAs have routinely been above 3.50, and he's never really shown his full potential as a relief specialist, but...with a 1.24 ERA, an ASG nod and 63 strikeouts so far, this Aussie is impressing the hell out of me.

Blue Jays: Eric Sogard. As if it's a contest.

Braves: Max Fried. Because Soroka I saw coming he second he debuted last year. Fried was a rookie bop-around that didn't seem like he fit in this year's lineup configuration (we all thought they'd be sticking with Folty-Teheran-Newcomb-Gausman-Toussaint). Fried has a 9-4 record right now, with a team-high 97 strikeouts and a 4.29 ERA. I'm just glad the prospects from the Kimbrel deal keep paying off.

Brewers: Brandon Woodruff. It was hard to pick one from Milwaukee, because you could have predicted a lot of this year. Aguilar slumping, Thames rising, Yelich's return to glory, Gonzo's return, etc. I guess you can make the case that some people would have figured that Brandon Woodruff would have remained a long-man, but...I think he's better suited as a lights-out starter. And that's how he's been acing it so far, with some ASG-caliber starts. He's also essentially the ace in Milwaukee right now, which...is nice.

Cardinals: Tommy Edman. Who the hell is this guy, and how did he pop into this roster out of the blue, mid-June, and start doing Tyler O'Neill's job better than he did last year? In Carpenter's absence, he had some pretty damn good games, and could be a deadly swing-man on the bench as we go on.

Cubs: David Bote. Because who needs Tommy La Stella when you've got another Bench Player Extraordinare waiting in the wings?

D-Backs: Christian Walker. He was deemed too risky for Baltimore, so he wound up in Arizona, and snuck his way onto the opening day roster, and...ended up being the team's starting 1st baseman. And while he hasn't been perfect, he's definitely taken the sting out of losing Paul Goldschmidt, with 17 homers and 45 RBIs.

Giants: Will Smith. Okay, I think people figured he'd come back and close some games in 2019, but seeing as the Giants' track record with closers hasn't been great recently (Santiago Casilla, Mark Melancon, Sergio Romo, Sam Dyson, etc, etc,) a lot of people figured Smith would lose his touch early. Not true. Smith has saved 23 games in 23 opportunities, and also has finished a ton of games they won but didn't blow a save on. Granted, this has made him one of the top trade deadline targets, but at least he's helped the Giants in a ton of ways.

Indians: Roberto Perez. After years of being the team's mainly-defensive backup catcher, Perez finally learned how to hit, with 16 home runs and a .256 average. Yan Gomes wishes he could do anything close to that in Washington right now.

Marlins: Jordan Yamamoto. Dude comes out of the minors mid-June, and five starts later he's the best pitcher on the Marlins. And in any other year that'd be easy, but this is a year where Sandy Alcantara, Caleb Smith and Trevor Richards have all been doing really well.

Mets: Jason Vargas. I, along with many other people, thought Vargas was done after last year, and would sort of slump into obscurity after having like 3 good years. Not so. Vargas has worked back into his better numbers, getting his ERA down to 3.77, which is lower even than trade targets Noah Syndergaard's and Zack Wheeler's.

Nationals: Kurt Suzuki. I wasn't thinking THIS catching signing would be the one that'd work for Washington. Gomes has been fine, but Zook has had some pretty nice numbers off the bench, with 11 home runs and 38 RBIs in 163 at bats.

Orioles: John Means. Before this season, Means pitched in one game for the Orioles last year, where he threw 3.1 innings of 5-hit, 5-earned-run ball. So you could see why nobody in their right mind would have thought Means would rise from obscurity to become an All Star for Baltimore this year. But...Means had other plans.

Padres: Chris Paddack. Don't really need to explain much with this pick, but imagine what a Padres reaction would have looked like without him. Because that's what many Padres fans thought they'd be working with this year.

Phillies: Scott Kingery. After a disastrous rookie year last year, and with an entirely filled roster in 2019, I thought Kingery would be traded. And yet...he somehow made it onto the roster, and got some outfield starts after Cutch's injury. Since then, he's been beautiful, hitting .292 with 11 home runs. I hope he keeps it up.

Pirates: Bryan Reynolds. Tons of options for this spot, but Reynolds wasn't on the opening day roster, then one call-up later he was the rookie that everyone, and subsequently no one, was talking about. Guy's hitting .342 with 92 hits. If this guy doesn't get ROY votes later this year, the system's flawed.

Rays: Yandy Diaz. Another team with several options, but Yandy went from being a utility man in Cleveland to being an everyday 1st-3rd baseman with a killer bat.

Reds: Amir Garrett. This guy narrowly beats Derek Dietrich, as I could have kind of seen Dietrich's numbers returning. But Garrett going from a former Reds rotation has-been to an untouchable, sub-2 ERA middle-reliever is something truly special. Yes, it's nice that Michael Lorenzen can hit, but...he's not consistent either at the plate or on the mound. Garrett is possibly better than closer Raisel Iglesias this year.

Red Sox: Christian Vazquez, for going from a passable catching option to the long-awaited answer to the catching question the Red Sox have had since losing Jason Varitek.

Rockies: Scott Oberg. Nobody really thought about Oberg while he was in Adam Ottavino's shadow, but now that he's out? Hoo boy. Oberg has a 2.5 WAR in July, with a 1.24 ERA and 49 strikeouts. Pretty insane for a reliever in Colorado.

Royals: Homer Bailey. Who knew a guy that was thrown into a trade as a provision, in lieu of cash, and then released by the Dodgers, would end up being one of the more notable pitchers in Kansas City. Who knew he'd stay healthy this long? Who knew he'd be working towards his first positive W/L radio since 2012?

Tigers: Spencer Turnbull. Because if Jordan Zimmermann, Matt Moore and Michael Fulmer aren't gonna stay healthy, you might as well get someone up there who can.

Twins: Martin Perez. Perhaps the best offseason investment of the year, gotten for a cheap 1-year deal, Martin Perez has proceeded to start the year with an 8-3 record, and 85 strikeouts. A lot better than the alternative (read: Adalberto Mejia in the rotation).

Yankees: Gio Urshela. Perhaps the biggest indicator of the Yankees' inescapable success this year: a guy who no one had heard of, who'd spent the previous year backing up Josh Donaldson, joins the roster, covers for Miguel Andujar, starts hitting over .300, becomes a starter, AND GETS ENOUGH ALL STAR VOTES TO QUALIFY FOR THE PRIMARY. And he's still getting use in games, even after Gregorius has returned. I don't think anybody could have called this guy's season, and that's why I love it.

So, that's some of the most unexpected impact players of the year so far, and THAT post took me WAY TOO MUCH TIME!